Home > Google > Shifting out of IFTTT

Shifting out of IFTTT

Kin Lane mentioned that IFTTT, a service entirely built on APIs, doesn’t have an API. That bothered Kin and the more I thought about it it bothered me. So I figured I’d start disentangling myself from IFTTT.

One of the things I did with IFTTT was to send out a Tweet any time I posted something new on my blog. Crazy to think I set that up in 2012. Granted, I could have replaced this with any number of plugins but I thought this would be fun and bit of API work but most interestingly it’d put me (mostly) in charge of how the tool worked.

The following script is just cobbled together from something I found to get an RSS feed into a spreadsheet and a script I used a while back to send a tweet from a Google SS.

Next steps will be to start playing with adding amusing variables to the message.

The first message kicked through with a minor error but progress!

Grabbing Flickr Photos was blogged & can be found athttp://bionicteaching.com/grabbing-flickr-photos/ 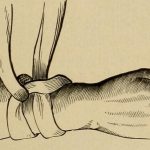 I’ve been doing my Google JSON display using Angular but I wanted to see what I could do with jQuery. This is based on the post here by Amit (to whom I am grateful for all the great stuff he puts out) with minor updates due to changes in how Google does things. Do make sure you’ve published your sheet at HTML and note that the 1 in the URL structure is the first page if you have multiple sheets. 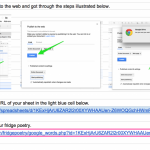