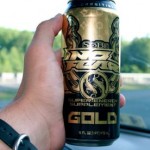 I’m living on vitamin C and Sobe Energy Gold so if I’m a little twitchy you’ll know why. I just got back Tuesday from a great time in Florida with Colleen Glaude and Michelle Bourgeois. They’re both Apple Distinguished Educators (I’ll be seeing Colleen in CA this summer for Apple Camp). They were doing some powerful (and fun) work with teachers from Pensacola and I got to come down and participate for the first day. The energy and effort they, and their teachers, brought to the training was amazing. I had a blast. I think this quote from a participating teachers sums things up best. But I really blogged in to tell Colleen and Michelle once again what a really awesome summer camp DLSI III was. I don’t use the the word _awesome_ readily; in fact, I don’t use it because its root _awe_should be reserved for the most inspirational and awe-inspiring things. It is obvious that you two worked hard on this inservice; plus, you kept the energy level going throughout the days. Congrats and thank you for a most successful inservice I’m headed to Edubloggercon tomorrow morning! Then it is on to NECC! It’s going to be an exciting time. I’m looking forward to my first national edtech conference and the chance to meet some people I’ve been […]

The British amateur who debunked the mathematics of happiness | Science | The Observer “”The answer,” says Brown when I meet him in a north London cafe, “is because that’s how it always happens. Look at whistleblower culture. If you want to be a whistleblower you have to be prepared to lose your job. I’m able to do what I’m doing here because I’m nobody. I don’t have to keep any academics happy. I don’t have to think about the possible consequences of my actions for people I might admire personally who may have based their work on this and they end up looking silly. There are 160,000 psychologists in America and they’ve got mortgages. I’ve got the necessary degree of total independence.” “ tags: research weekly freedom truth lies psychology happiness math numbers data Do what you love, love what you do: An omnipresent mantra that’s bad for work and workers. “DWYL is a secret handshake of the privileged and a worldview that disguises its elitism as noble self-betterment. According to this way of thinking, labor is not something one does for compensation but is an act of love. If profit doesn’t happen to follow, presumably it is because the worker’s passion and determination were insufficient. Its real achievement is making workers believe their labor serves the self and […]

I Think You’ll Find It’s a Bit More Complicated Than That: Amazon.co.uk: Ben Goldacre: 9780007462483: Books tags: toread science journalism complexity truth lies weekly 15 Unusual College Mottos | Mental Floss ” FACIO LIBEROS EX LIBERIS LIBRIS LIBRAQUE” I make free adults out of children by means of books and a balance. tags: weekly latin saying words language Medium is not a publishing tool — The Story — Medium Worth thinking about lots of this in terms of how we’re building the VCU tools/network. “A common phenomenon at the time was that people would start blogging on Blogger?—?because it was free, popular, and easy to set up?—?and then “graduate” to more powerful tools. Movable Type, Greymatter, and, later, WordPress, had a much higher barrier to entry (before WP had turnkey hosting). But once someone had discovered the joys of sharing thoughts on the Internet, they were willing to invest the effort in order to get the added features and flexibility that the install-on-your-server software afforded.” tags: weekly tools simple complex blogging It’s Okay To Be Smart • This week, The New York Times posted an awesome… “Creatures from mice to monkeys have been known to scurry in response to a song, often adding alarm calls of their own.  These alarm calls could be a form of proto-language, capable of cross-species […]