My Twitter Goodbye Email — Medium “Number of times bringing down the site: 2” tags: twitter beta experiment fail failure weekly The Official Crow Box Kit tags: crow box learning animals training weekly On Surveys — Medium “It is too easy to run a survey. That is why surveys are so dangerous. They are so easy to create and so easy to distribute, and the results are so easy to tally. And our poor human brains are such that information that is easier for us to process and comprehend feels more true. This is our cognitive bias. This ease makes survey results feel true and valid, no matter how false and misleading. And that ease is hard to argue with. “ tags: research surveys brain weekly On meta-design and algorithmic design systems ” Design is how it works and sketching in code is the only natural way to prototype a dynamic system. Building even the simplest of data visualizations means hours of work in languages like R, Julia or Python. When your content is data, poking around in Photoshop simply makes no sense. In some way, it’s the direct opposite of design: prettifying without context. One important aspect of modern design products is their increasing demand for temporal logic, where a linear narrative is replaced by a set of complex […]

Interactive: Seeking Abraham Lincoln at the Gettysburg Address | History & Archaeology | Smithsonian Magazine What kind image interactions have value in history (or anywhere else for that matter)? tags: interactive lincoln abraham history smithsonian weekly New York man sharpens pencils for $35 a pop – New York News I wonder what kind of interactive images we might make as ITRTs as part of history content. tags: interactive abraham lincoln smithsonian history image weekly itrt William Shakespeare’s Terminator the Second – Neatorama “re-wrote the script for the movie Terminator 2 using only lines from the works of William Shakespeare.” tags: william shakespeare terminator weekly project english World’s Quietest Room Will Drive You Crazy in 30 Minutes : Discovery News “The key to the level of silence is the fact that the walls, floor and ceiling absorb all sound, rather than reflecting it, as most surfaces do. Thus the term anechoic: no echo. It’s so quiet, you can hear your own organs: your heart, stomach, even your ears, which make a tiny amount of noise. It turns out that it’s not an especially pleasant experience, especially in the dark. The longest anyone has ever spent alone in the chamber? Forty-five minutes.” tags: weekly silence db sound My Little Bag of Writing Tricks – Do Your Job Better – The Chronicle of […] 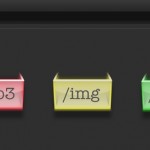