Assignment: Reduce a movie, story, or event into its basic elements, then take those visuals and reduce them further to simple icons.

That’s my attempt above. I tried to stick to a three color scheme. The first image is supposed to be a parking meter. My wife was unable to ID it. It needs work. Hopefully the other three are at least identifiable.

I don’t use vector drawing tools very often. I clearly need to spend some more time with them to get some skills but that was half the reason I attempted this. My learning is now public, fairly messy, but most of all not really what I want. That is ok. It’s fun. It isn’t a contest. I’m enjoying it. I do not fear Jim Groom’s red pen.

You might also notice that I’m doing assignments in and around the #ds106 course but not necessarily all the ones that are assigned, nor am I necessarily doing them in the order they are given. I’m doing extra “work” with the interest and energy moves me1. I may go back and do some. I may not.

I like the MOOC idea. I find it valuable to have a group of people moving through the roughly same ideas at roughly the same time. I like the freedom I find in the structure. What worries me is how just calling something a course seems to bring a ton of baggage with it. People worry about not completing every assignment, being compared to others/graded and, most depressingly, being found wanting. I’ve seen this in the blog posts of participants and the comments of people I know in “real life” who’ve opted not to participate.

I see this mentality as a direct result of our educational system – adults, scared to try new things, as a learned response. I don’t blame the people. I think I see how this point is reached systemically. It’s just a pretty depressing legacy for a system that claims to produce life-long learners. It’s going to take an enormous amount of time and work to fix something buried this deep.

So, I’m inviting you to take part. If you’ve wanted to play along but haven’t because of lingering fears or doubts, come on in. The water is fine. The people couldn’t be nicer2. Jim couldn’t grade you if he wanted to3. Hey, there’s even a rather bizarre participant-run and -created streaming internet radio station.

Inspired by Colt Rane who ought to be making a huge number of English teachers happy with this image. He’s got one for the Great Gatsby as well but I don’t remember the book well enough to know if it’s good or not. 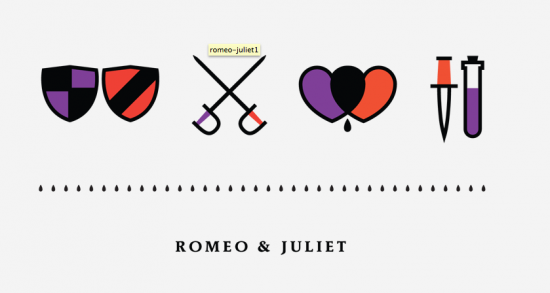 1 Clearly animated gifs got under my skin for some reason.

2 Even an odd Nazi photoshopping (by a non-class member) incident seems to have been settled fairly amicably.

3 Grades are for paying customers. All you might get is helpful feedback or compliments.