I got a last minute request to photograph Trinity’s student music show a few weeks ago.

I was hesitant. It was the night of their state championship football game which I was photographing. I knew I’d have 3000+ photos from that and would have spent about 4 hours taking pictures. The idea of adding several more hours of photography and however many thousand photos to my post-processing weekend was depressing. Not herculean labor but it gets a bit tiring. If we lost, I’d also be somewhat unhappy.

Anyway, I agreed to do it and I’m glad I did. The whole production was very impressive and the students are incredibly talented. It was also fun to see a number of the football players from the morning’s game up there doing something totally different. I love that kind of overlap.

What was hard about this scenario is that I was going in without any real information. It’s hard to plan well in that scenario. I didn’t know the lighting. I didn’t know the layout or where I’d be sitting relative the performers. I’d shot photographs at a few rock shows before but my experience wasn’t extensive. Not a great combination. I chose to bring the 28-300 lens which wasn’t as fast as I’d have liked but you can’t beat that kind of range in an unpredictable environment.

It ended up being crazy lighting for the most part and a fairly packed space. I was seated at a table at the very front and center. The stage was elevated. It was nice to be close but tough to get shots not directly blocked by the mic. I didn’t feel I could move around a lot without causing a disruption. I ended up sliding over and sitting on the floor for all the single acts. The piano players were in a really rough position and my shots of them are sub-par. I considered standing on a chair but felt like I would probably fall and mess up everything. I may be over-concerned with being a distraction in these scenarios. I tried using the electric shutter because it makes no noise but was able to see that it was causing banding. It’s kind of a cool effect for a shot or two but not for all of them.

Even with the spotlights, the lighting was tough. The camera does really well in low light but I had to tame the ISO grain a bit in Lightroom. For students not in the spotlights, I couldn’t do a very decent job but I tried.

It was a lot of fun to do this kind of photography. I have a lot of ideas to do a better job if I get the chance to do it again. 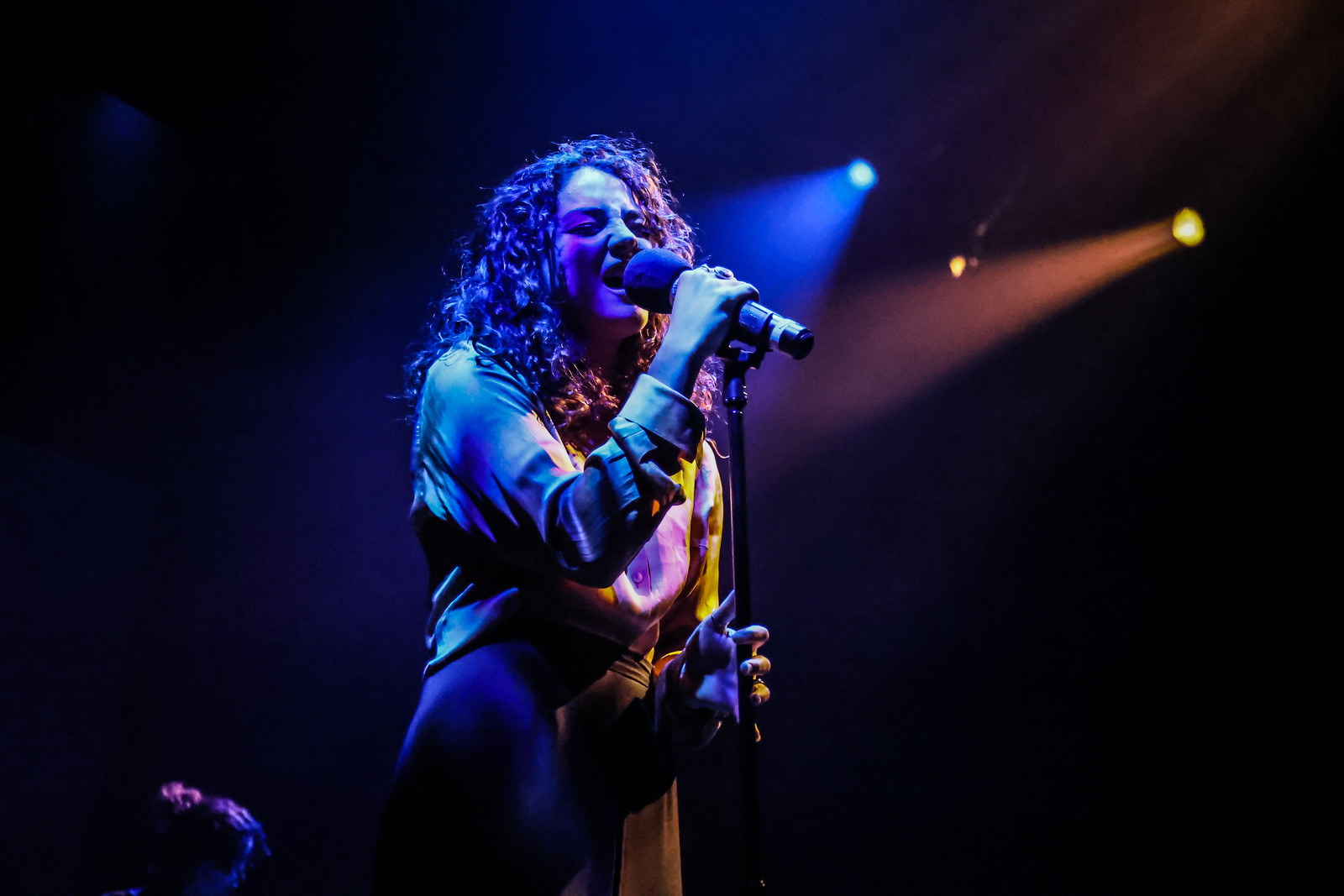 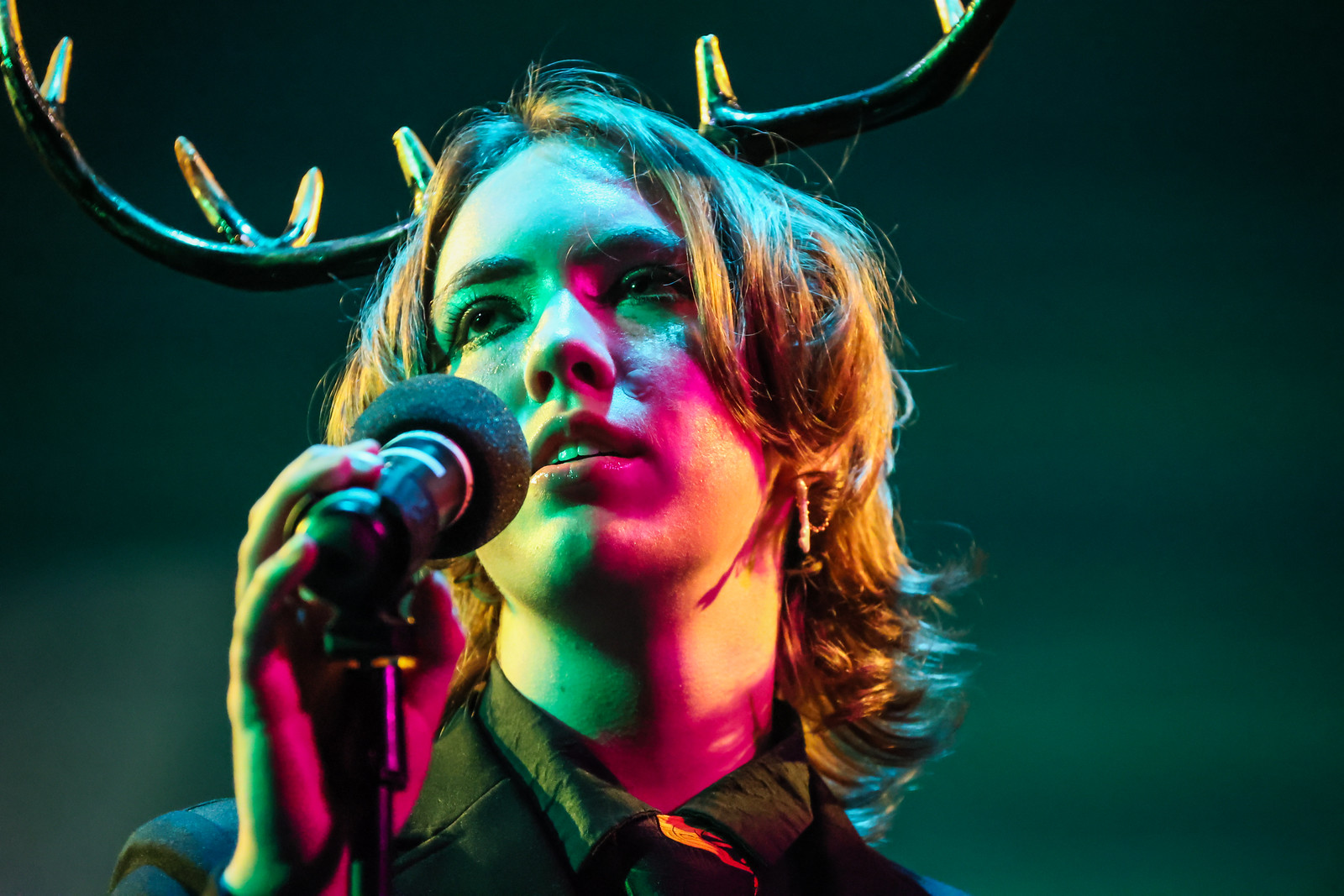 The president of the natural forensics club singing Zombie with deer antlers on. So awesome. 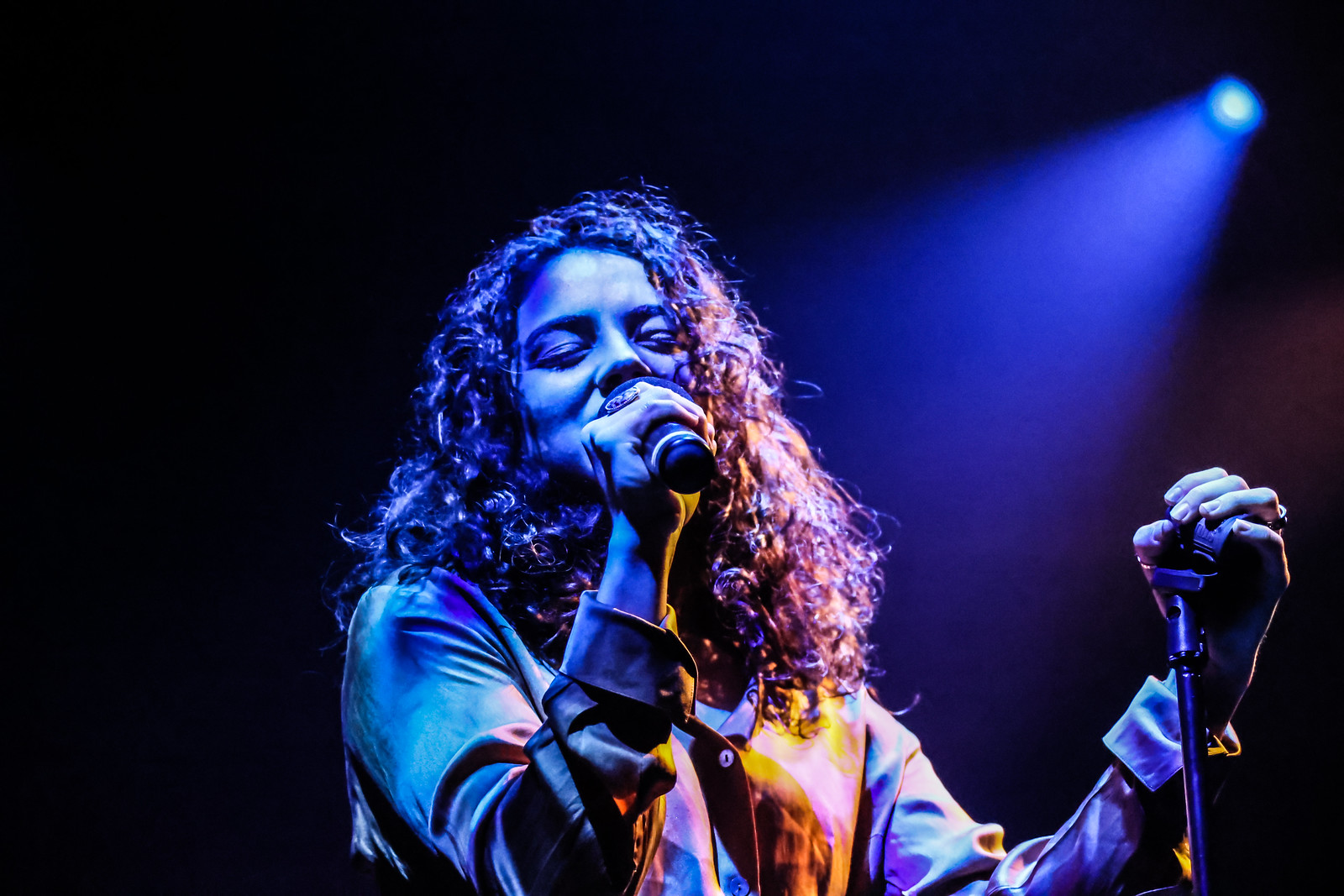 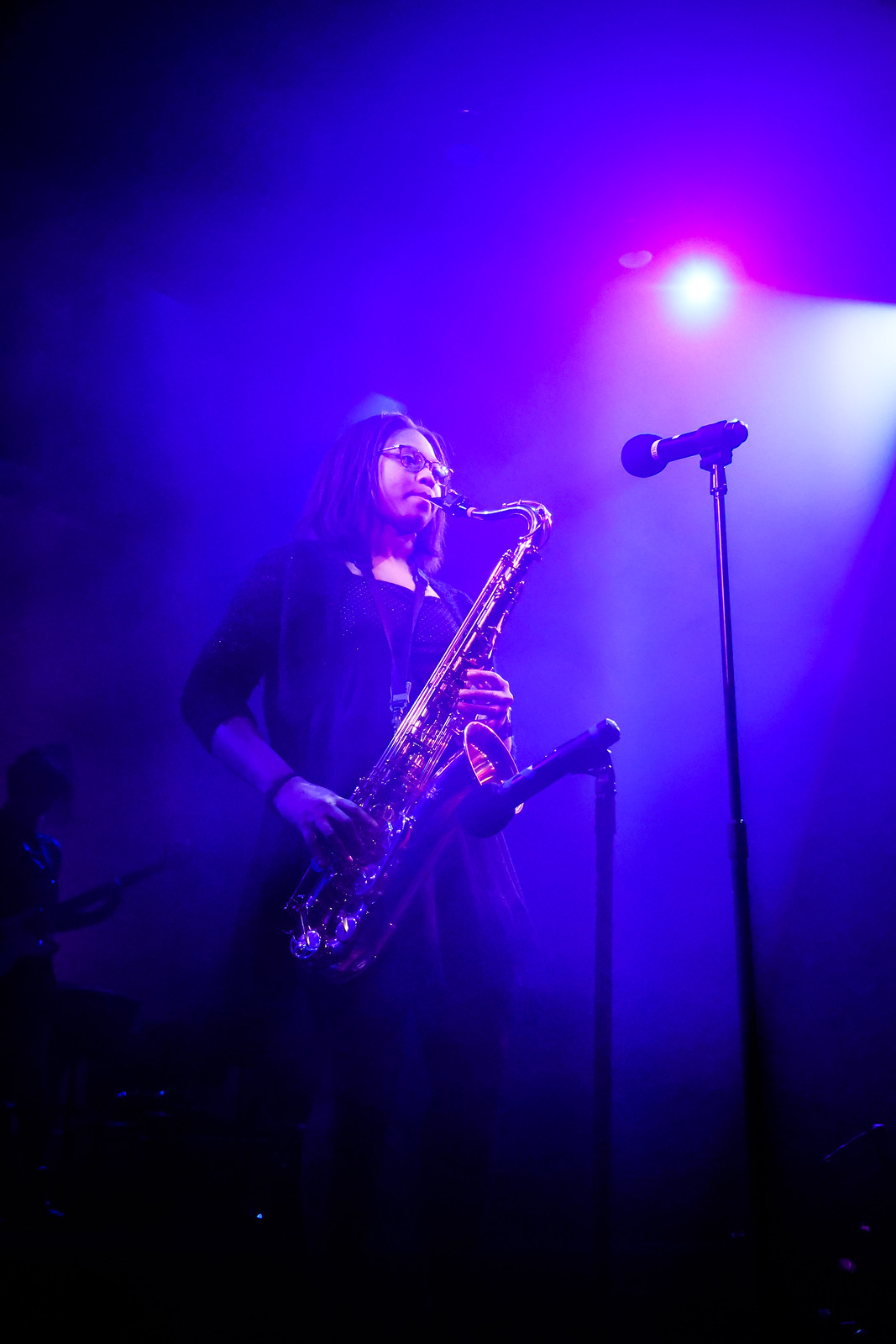 Signing a song. Break out a saxophone for a solo. Go back to singing. 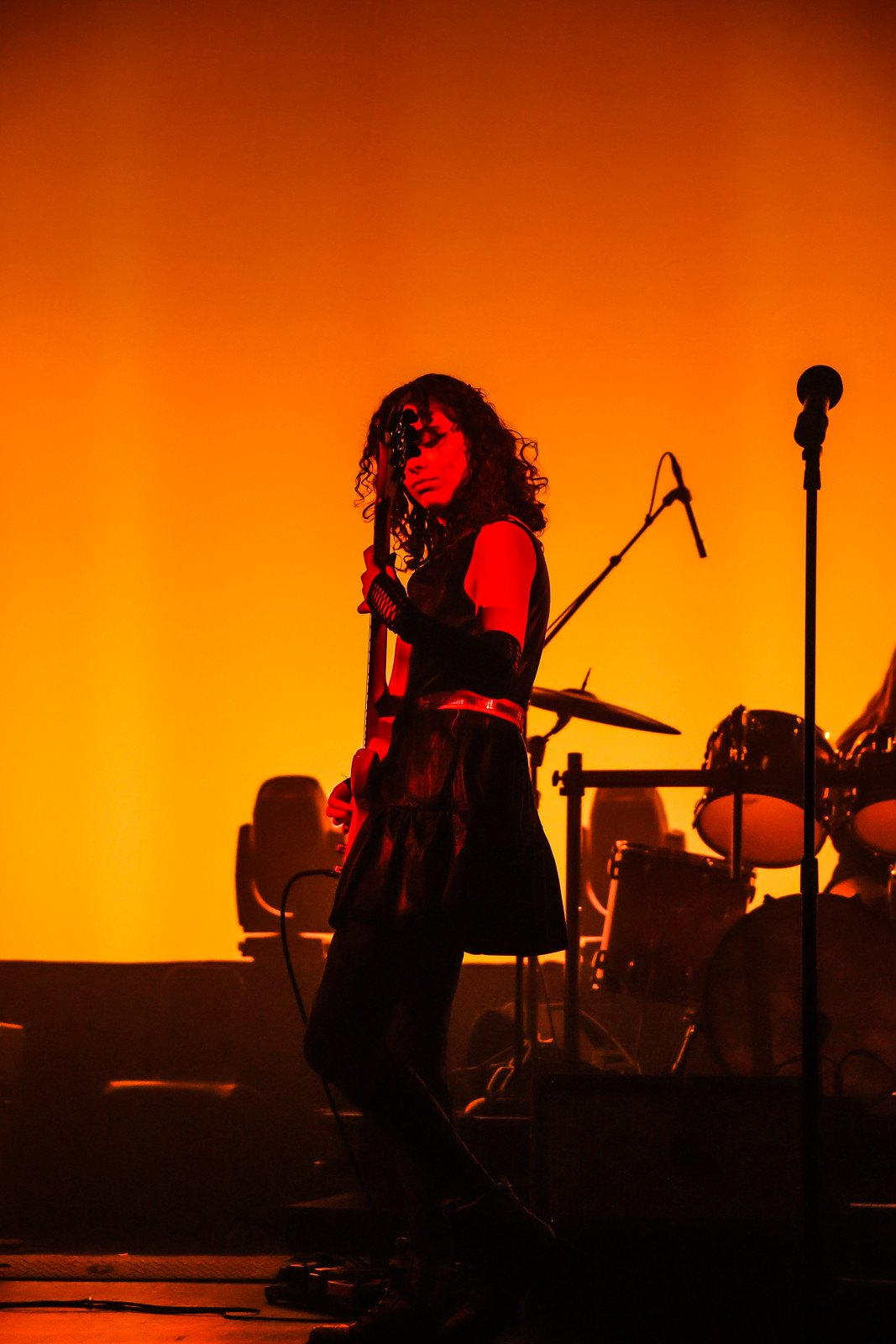 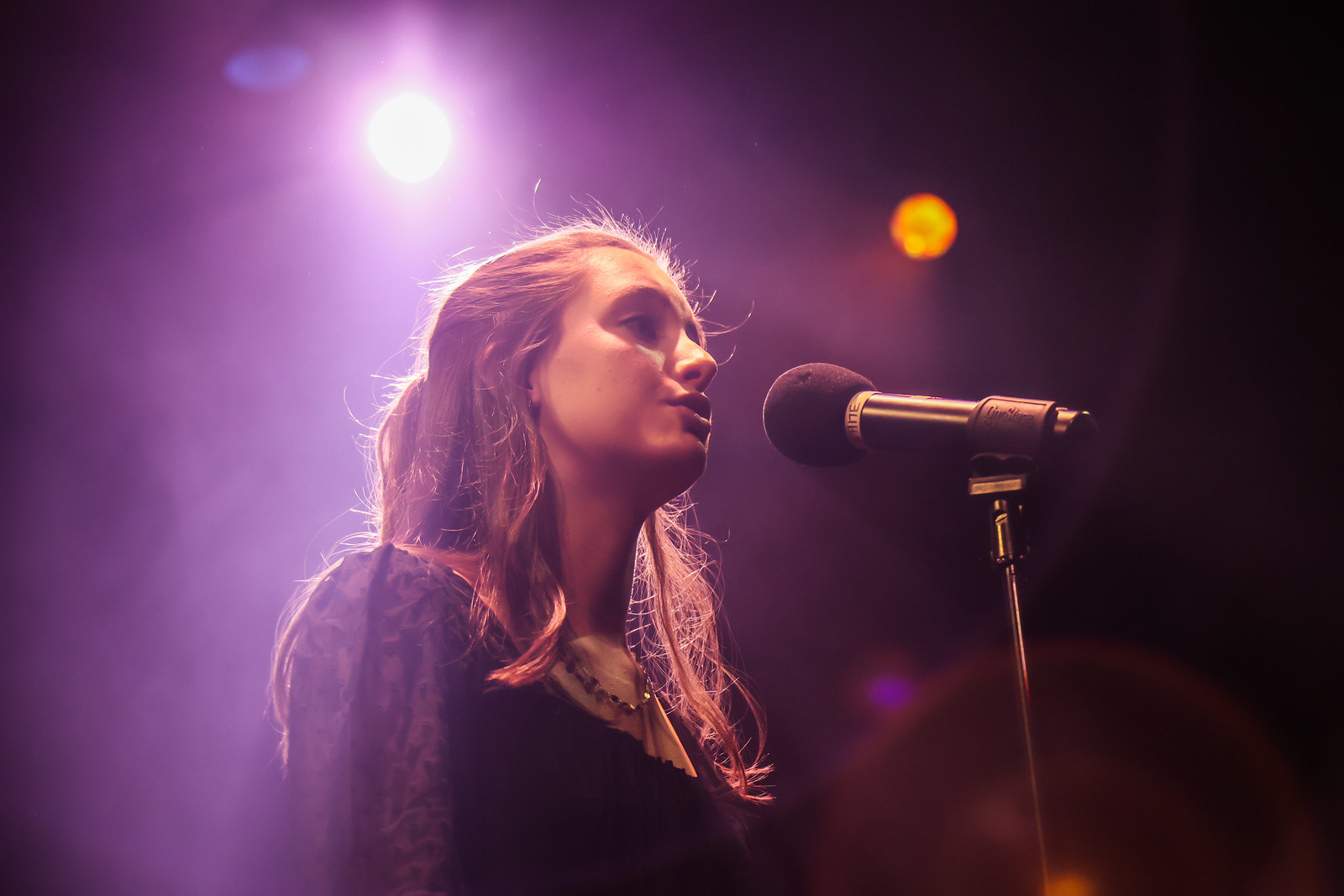 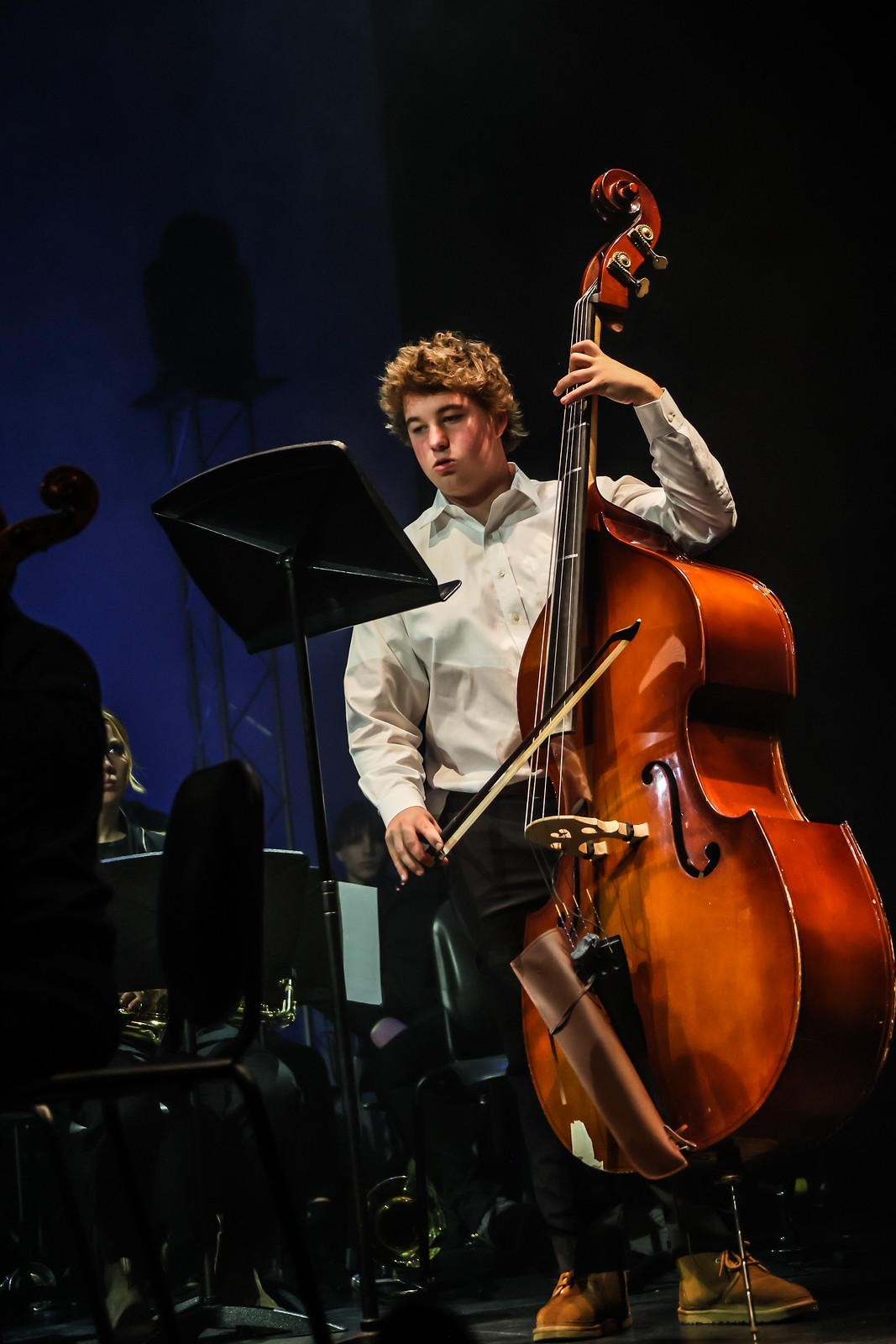 Defensive line in the morning. Standup bass in the evening. 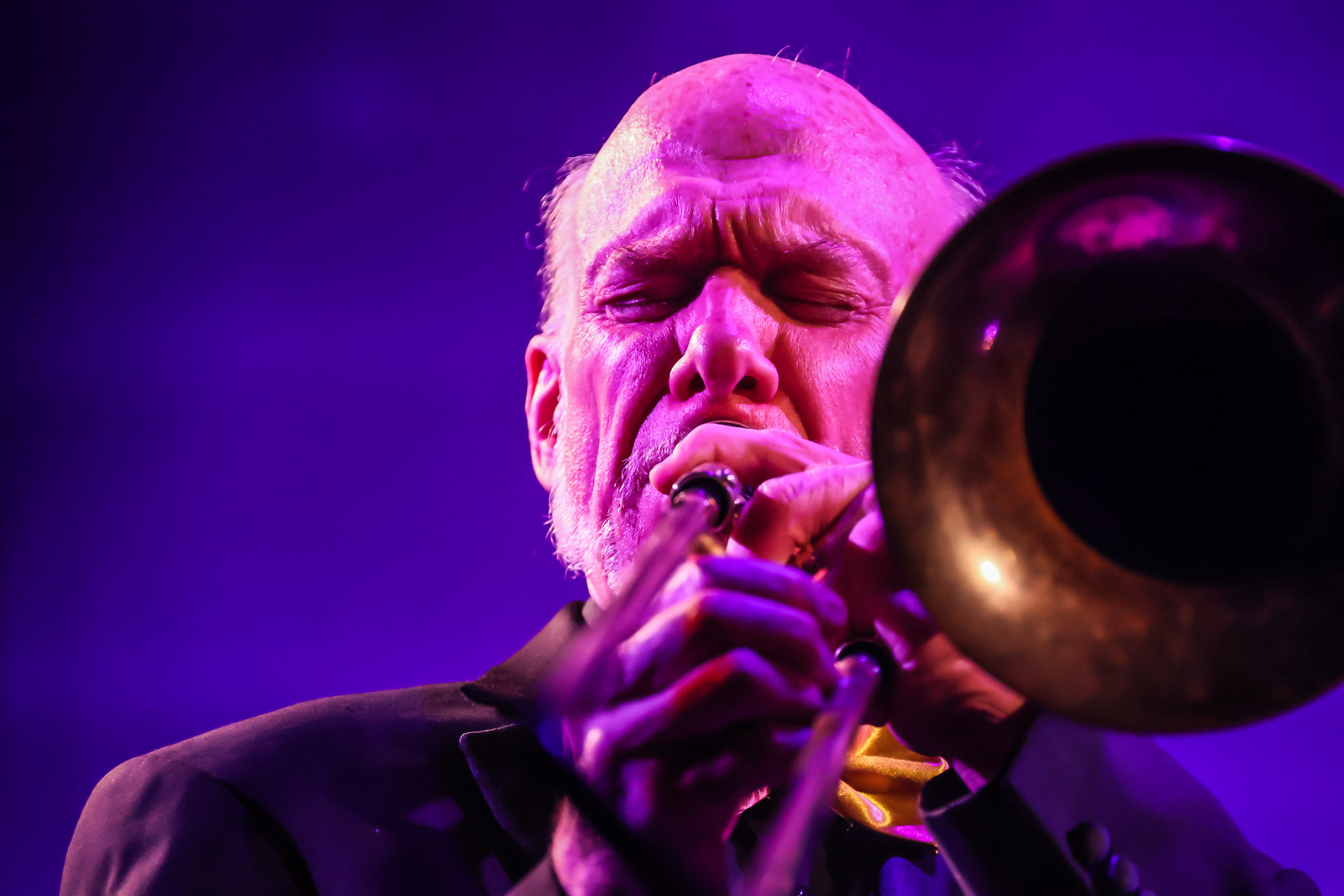 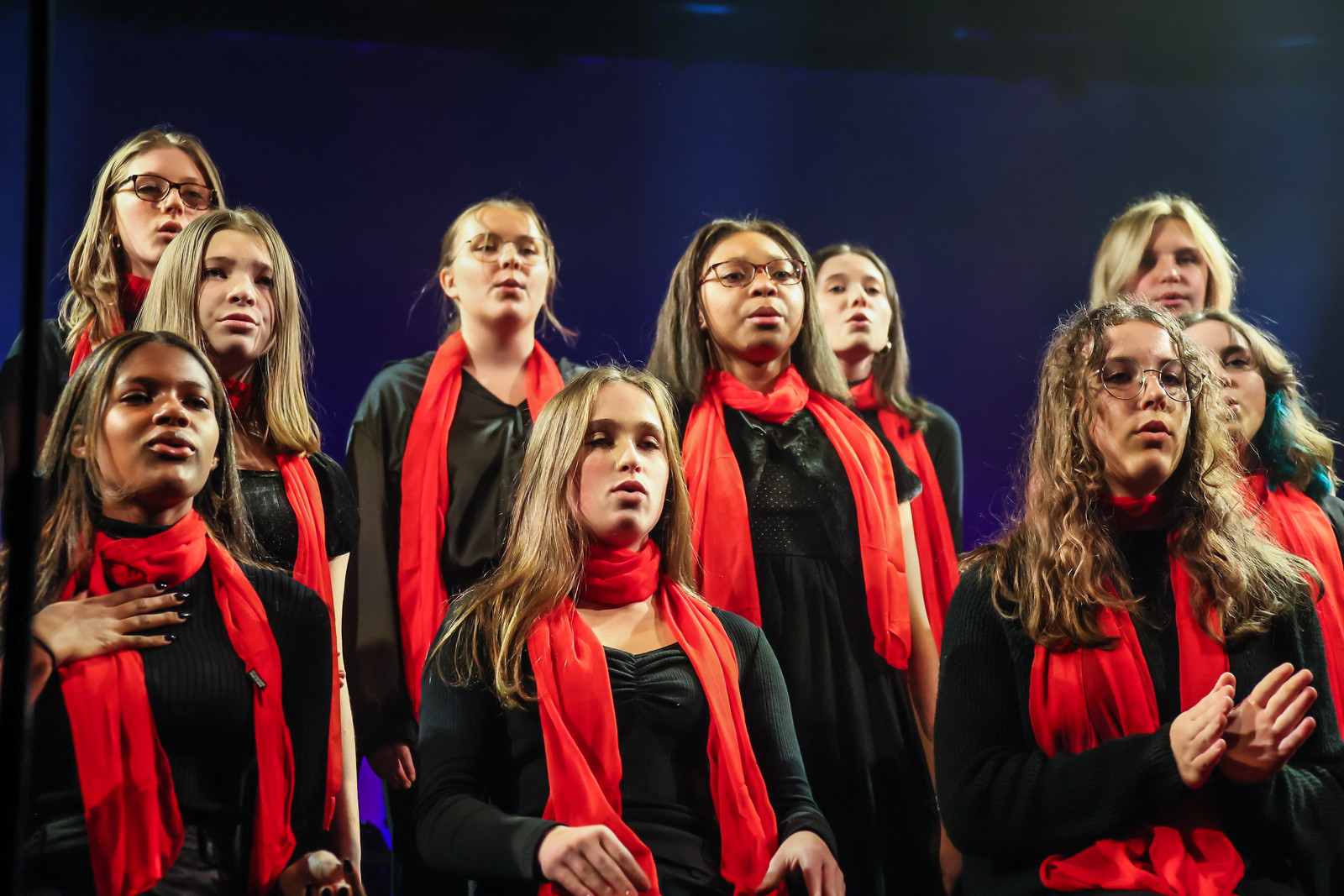 Not a great shot but they sang White Winter Hymnal which was new to me and awesome. 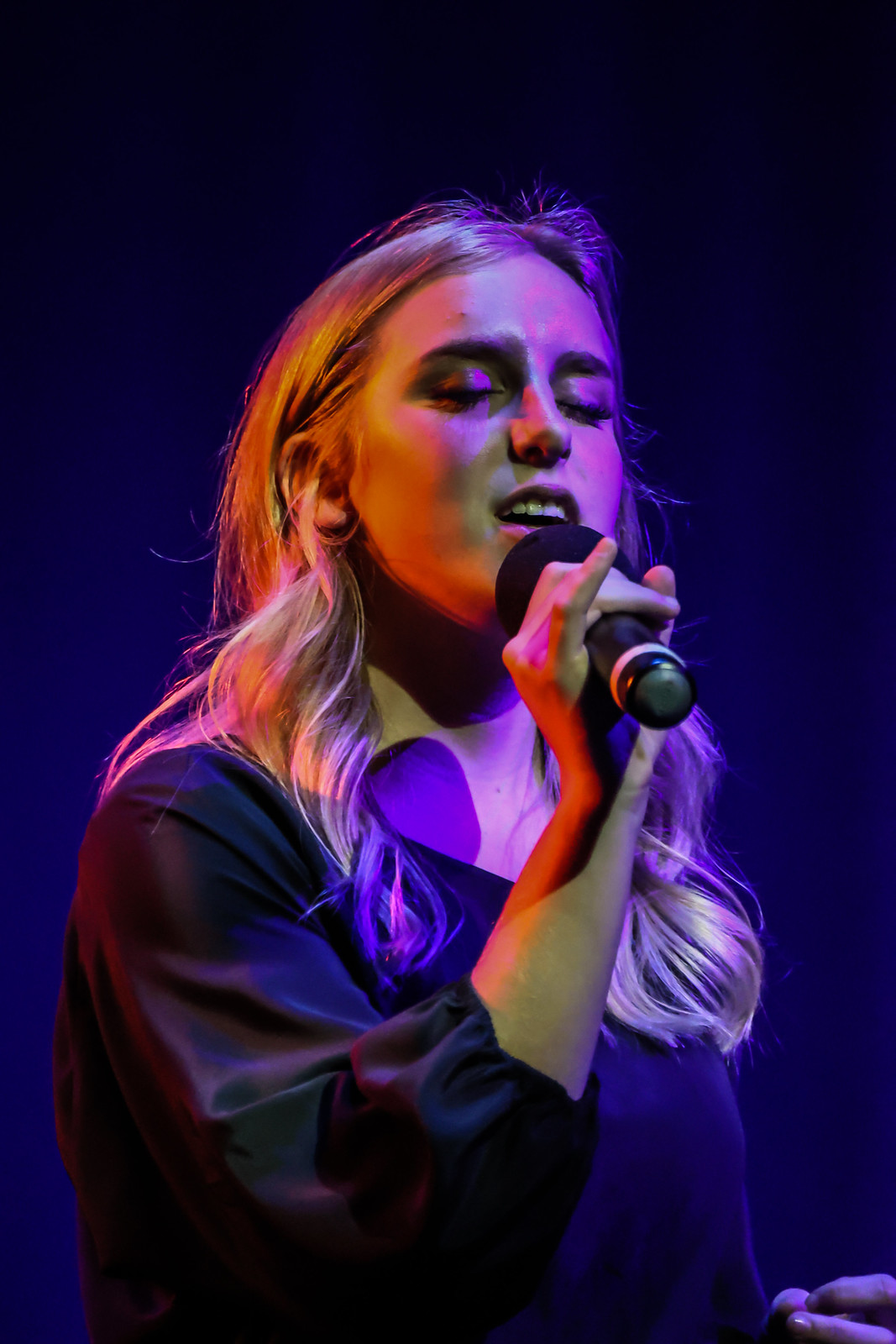