When we go on long road trips my wife insists on driving. If I’m not sleeping I tend to try to take pictures. It’s an interesting challenge. Much of the time we’re on the highway moving along at 70mph and that makes it a bit like reverse sports photography. You have to see the thing far enough ahead of time to take the shot. I spend a lot of time pivoting rapidly trying to get something in focus that I only just caught a glance of.

On this trip we went through far Western VA on our way to Alabama. That’s new territory for me. As a result of that (and tons of traffic) we spent more time off the highway which slowed things down. I was also shooting with the Canon 28-300. That kind of range is pretty great for this type photography. I can zoom out for the long shots I often wanted to make but missed with 70-200 but could pull out super-wide for things that snuck up on me. Often I’d shoot those without even getting things framed. This lens is also kind of different as it’s a push/pull zoom (like a trombone slider) rather than the normal twist zoom. I have to be careful not to extend it right into the window when zooming in. I’ve gotten used to it but it’s definitely a different feeling. If you’re in the lens market, this is a good solid lens but I wouldn’t recommend it if you do much video. The zoom tends to stick just a bit at the far end of both ranges. It may eventually break in but that’d be deal breaker for video. I do like it and it’s a reasonable price in the scheme of how insanely expensive these things are.

This trip I took somewhere around 1500 or 2000 pictures. That kind of sounds like a lot but given it was about 18 hours of driving and I easily take 3000 photos during a football game . . . it’s really not much at all. I deleted all but 300 or so. Many of the keepers were less about the quality of the photograph than the fact that I liked how it captured something. Many of them were not quite in focus or framed quite how I wanted. 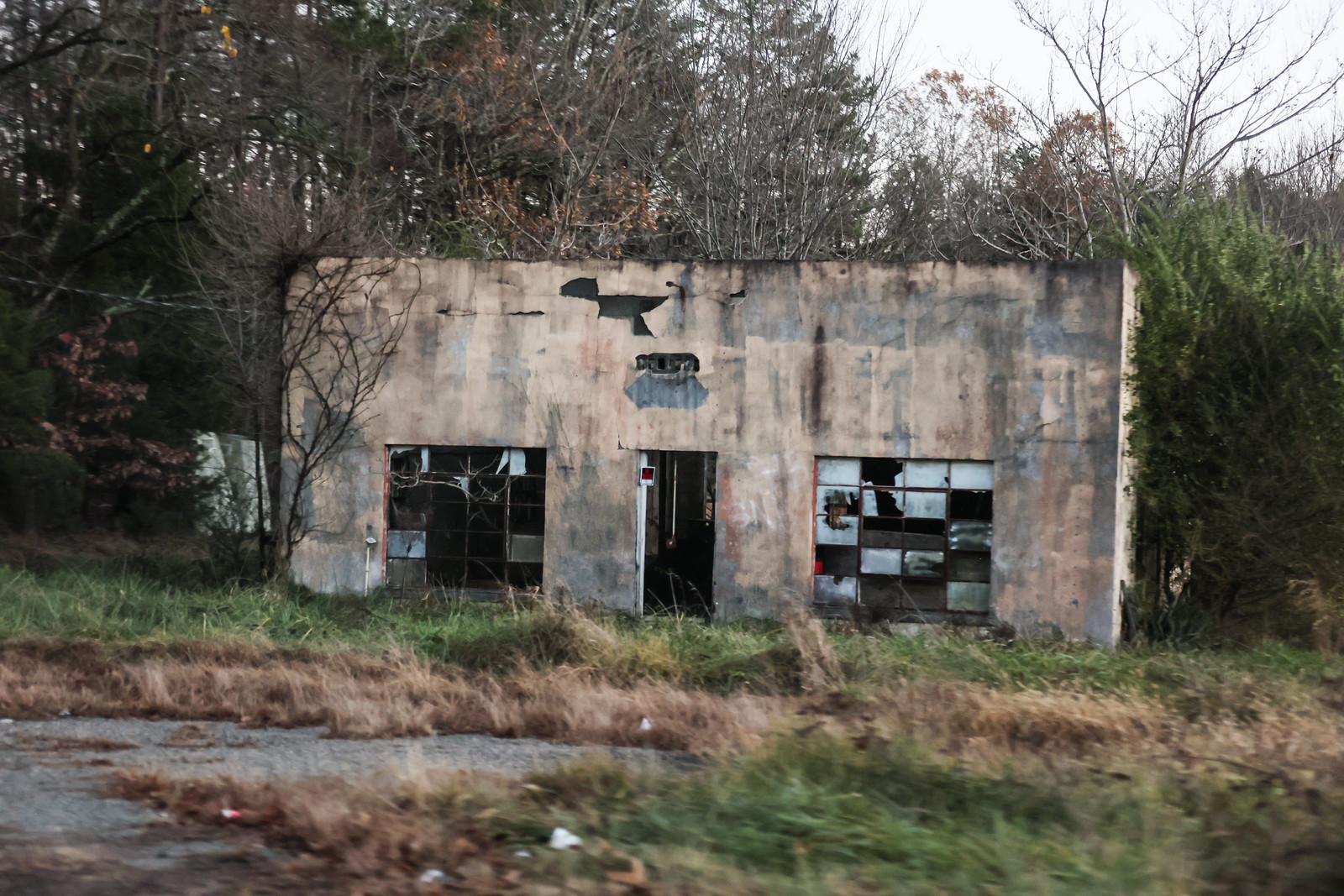 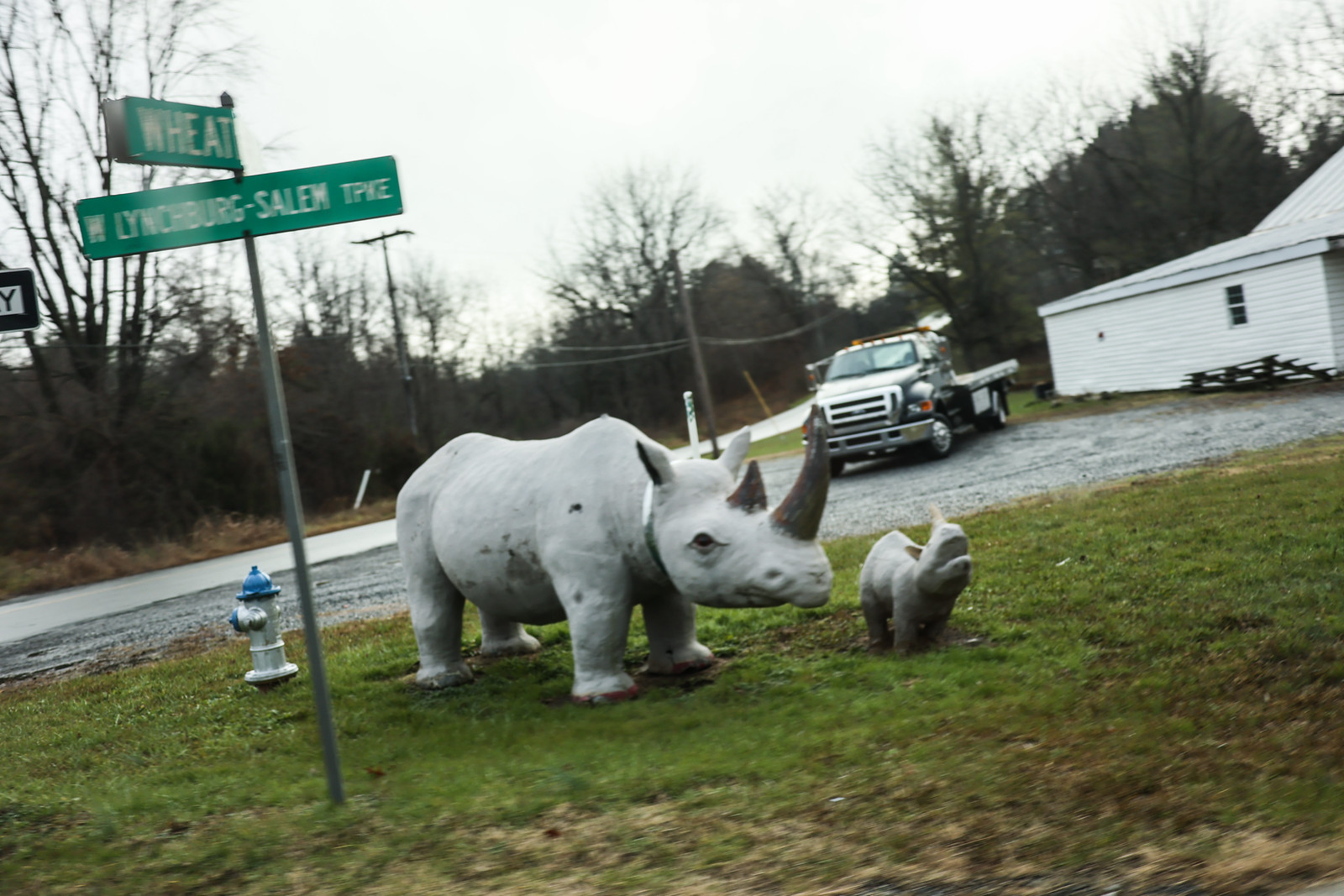 Here’s a good example of a blurry photo that I kept because of the strangeness of the subject. I don’t know what’s going on with these rhinos but I like it. 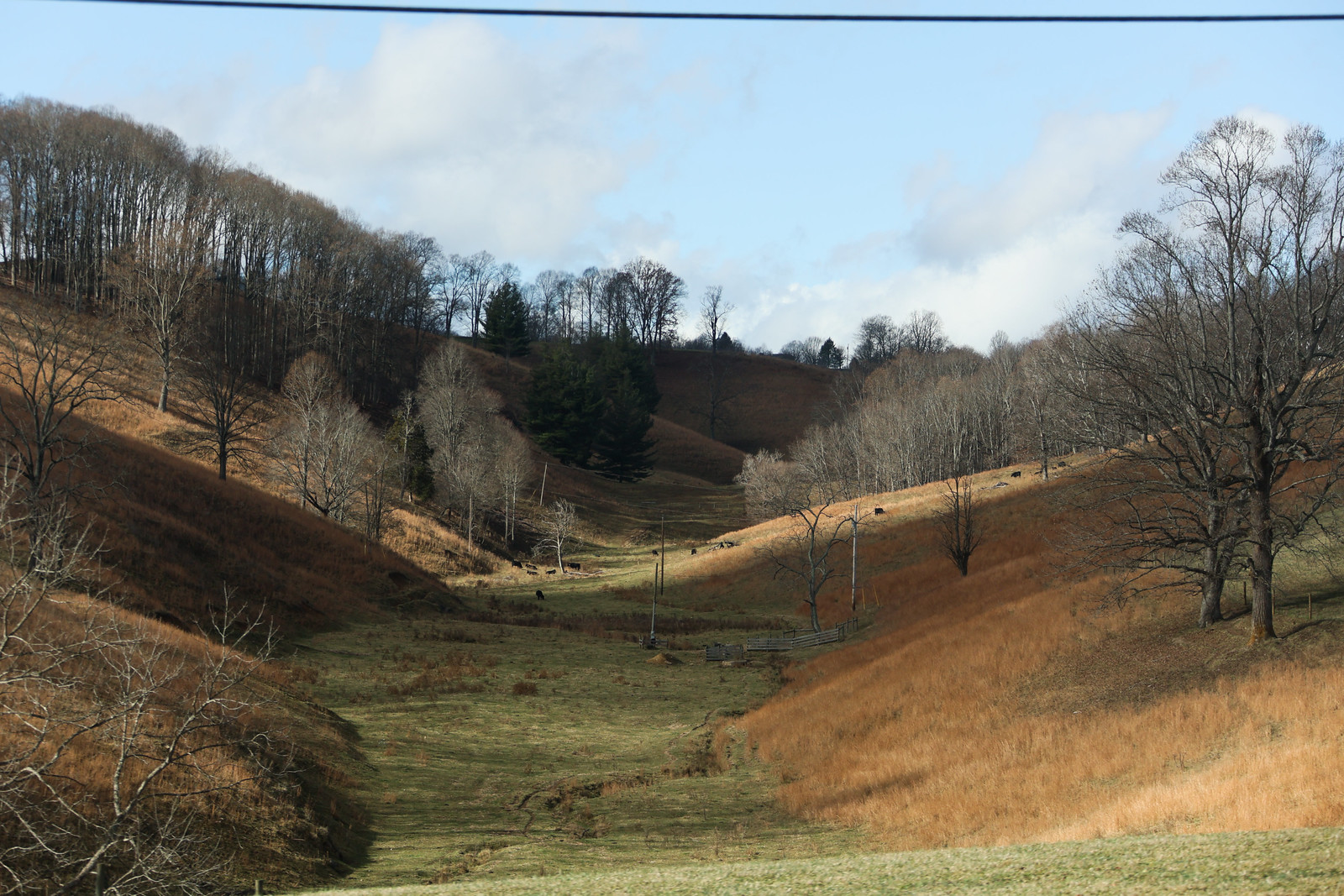 Alternately, here’s a decent landscape photo. I love the light and terrain in this area. I should have cropped out the power line but let’s say it’s a comment on human intrusion on the landscape. 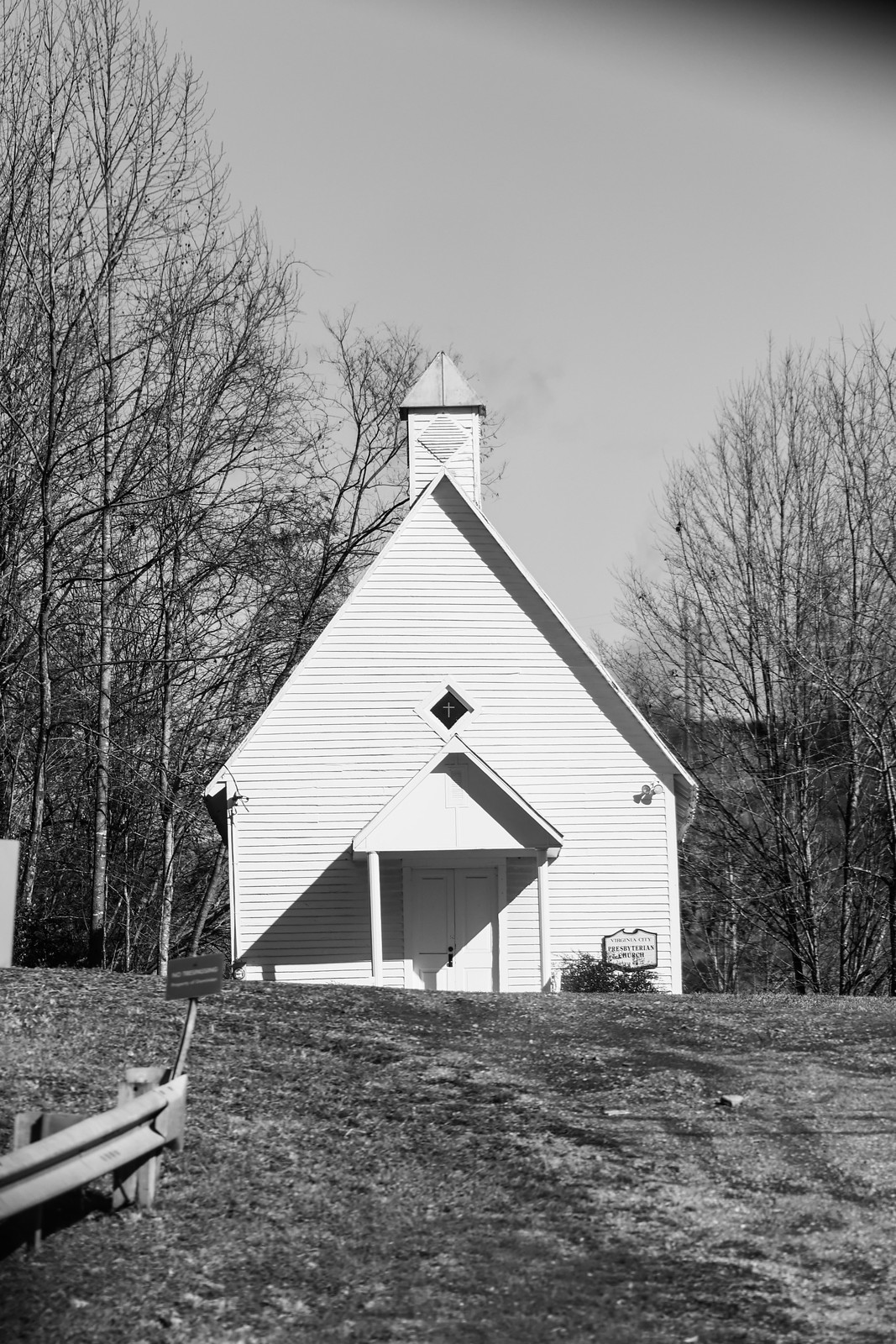 I took a lot of pictures of churches. It could be a whole photo book. This one was particularly interesting because of the shadows and I was able to get it in focus and straight on. 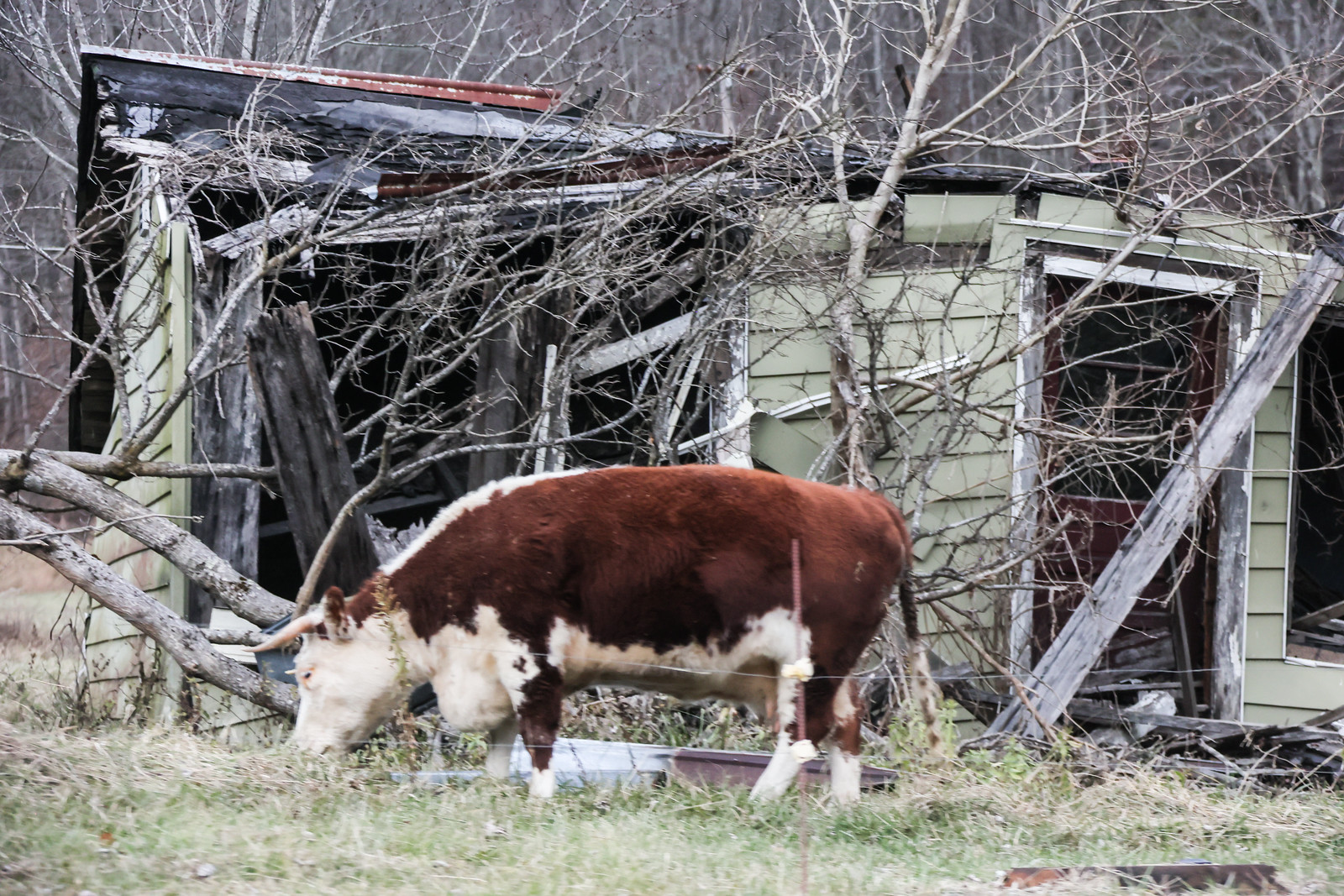 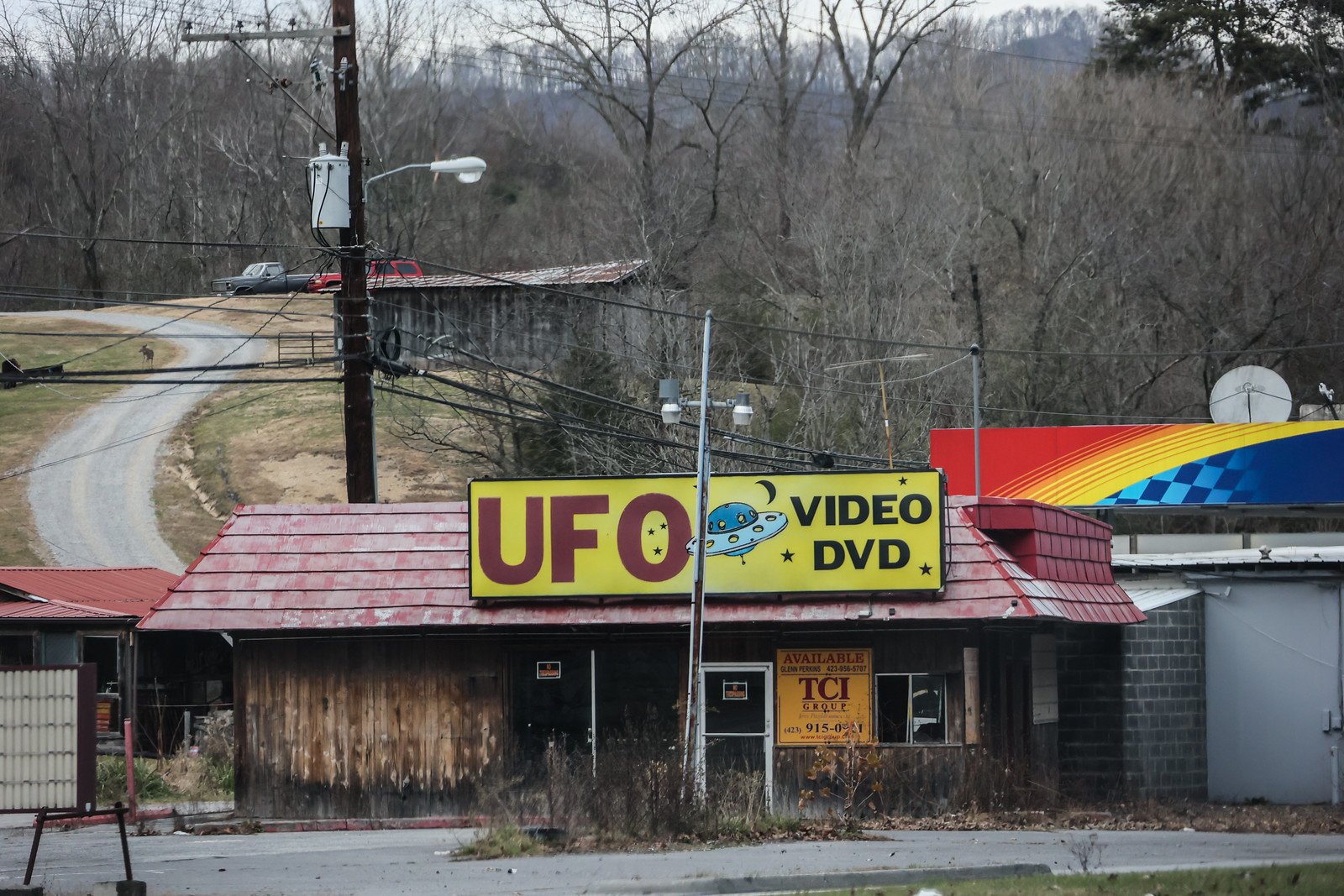 I also tend to try to capture the non-standard things. I like handmade signs and non-chain stores. I capture them when I can. Now we’ll see if Jim Groom buys this sign and ships it to Italy. 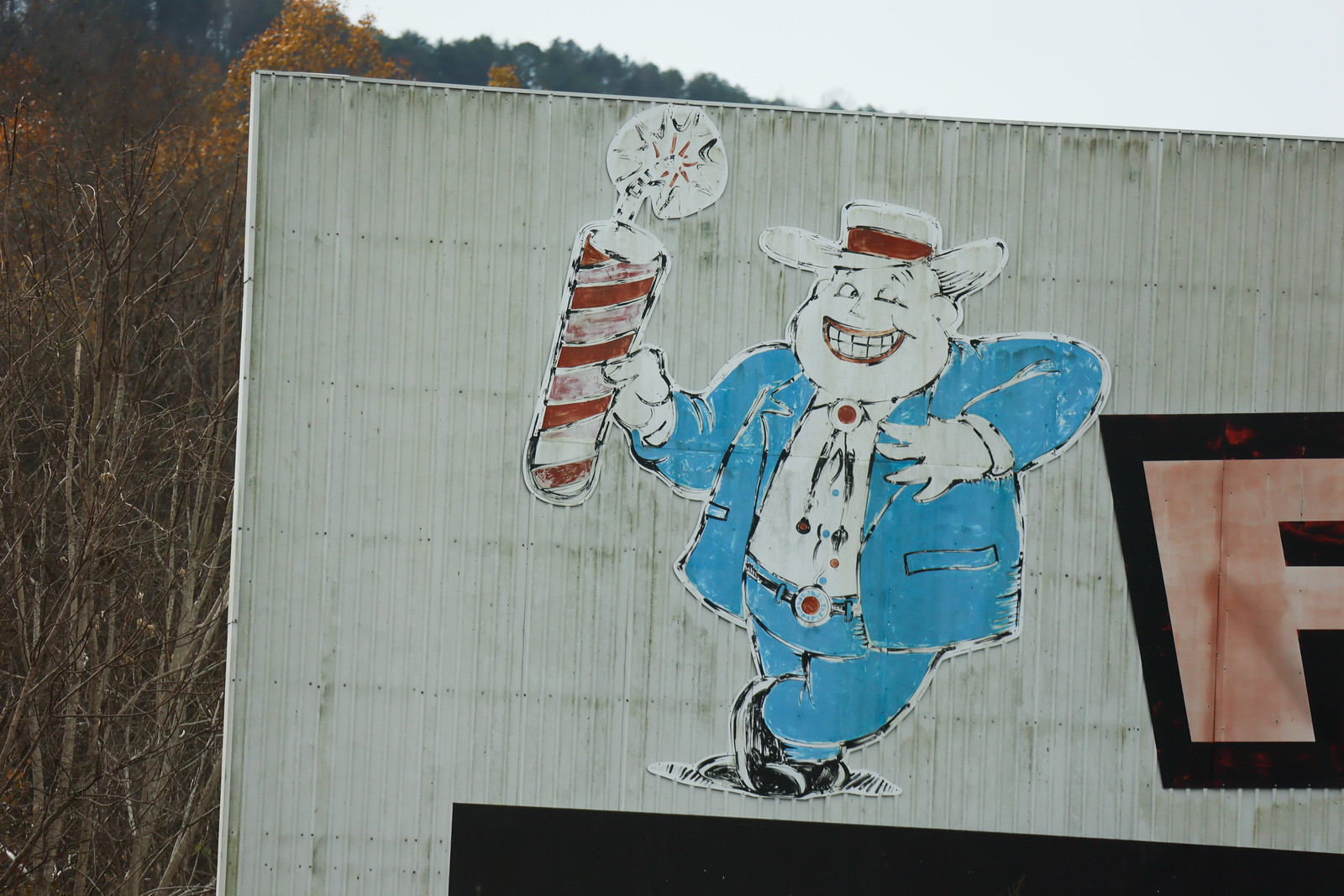 This falls in the non-standard sign category. I’ve actually watched this one decay over the 20+ years I’ve been making the VA to AL drive. 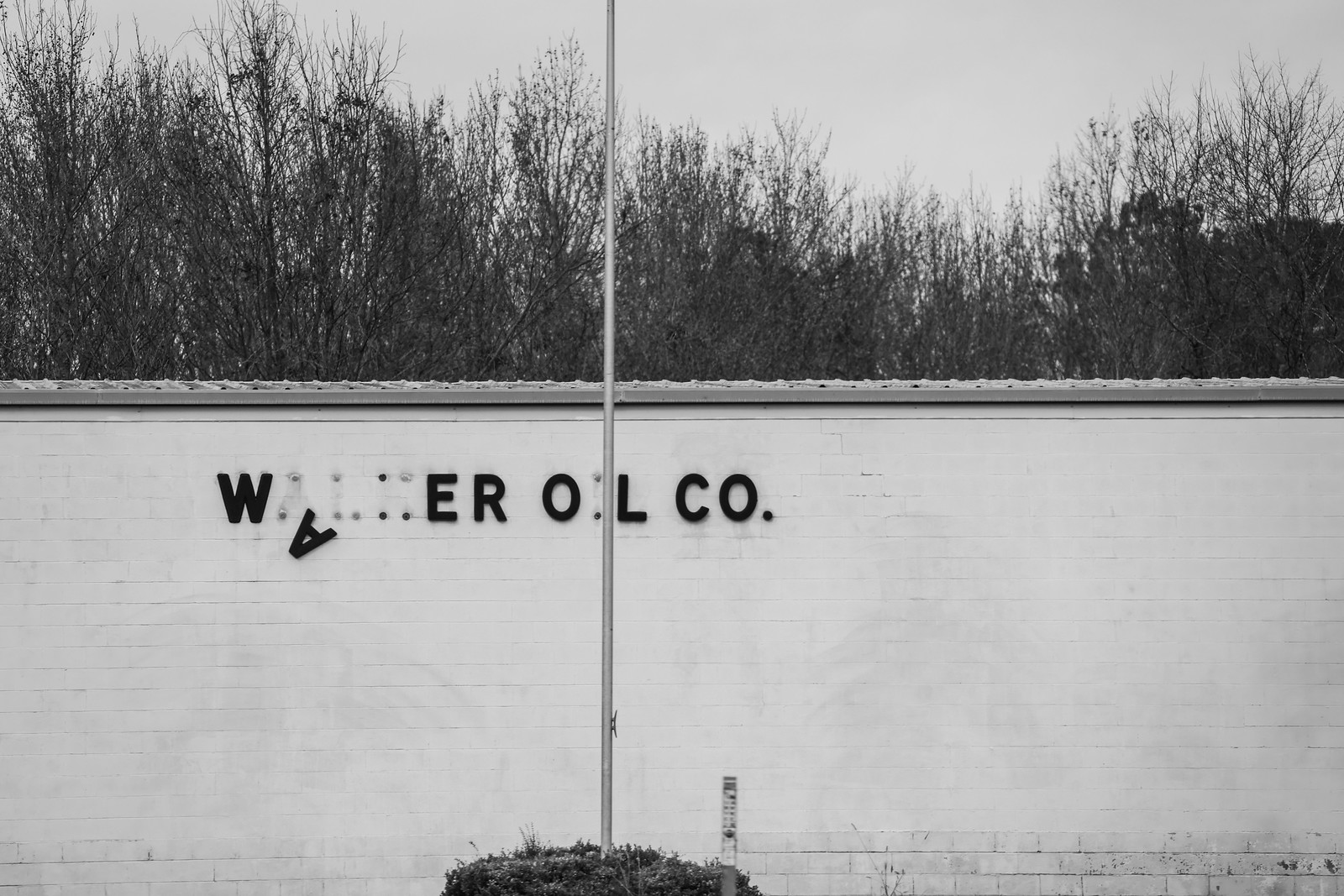 I can’t decide if I like the flagpole or not but I love the letters. 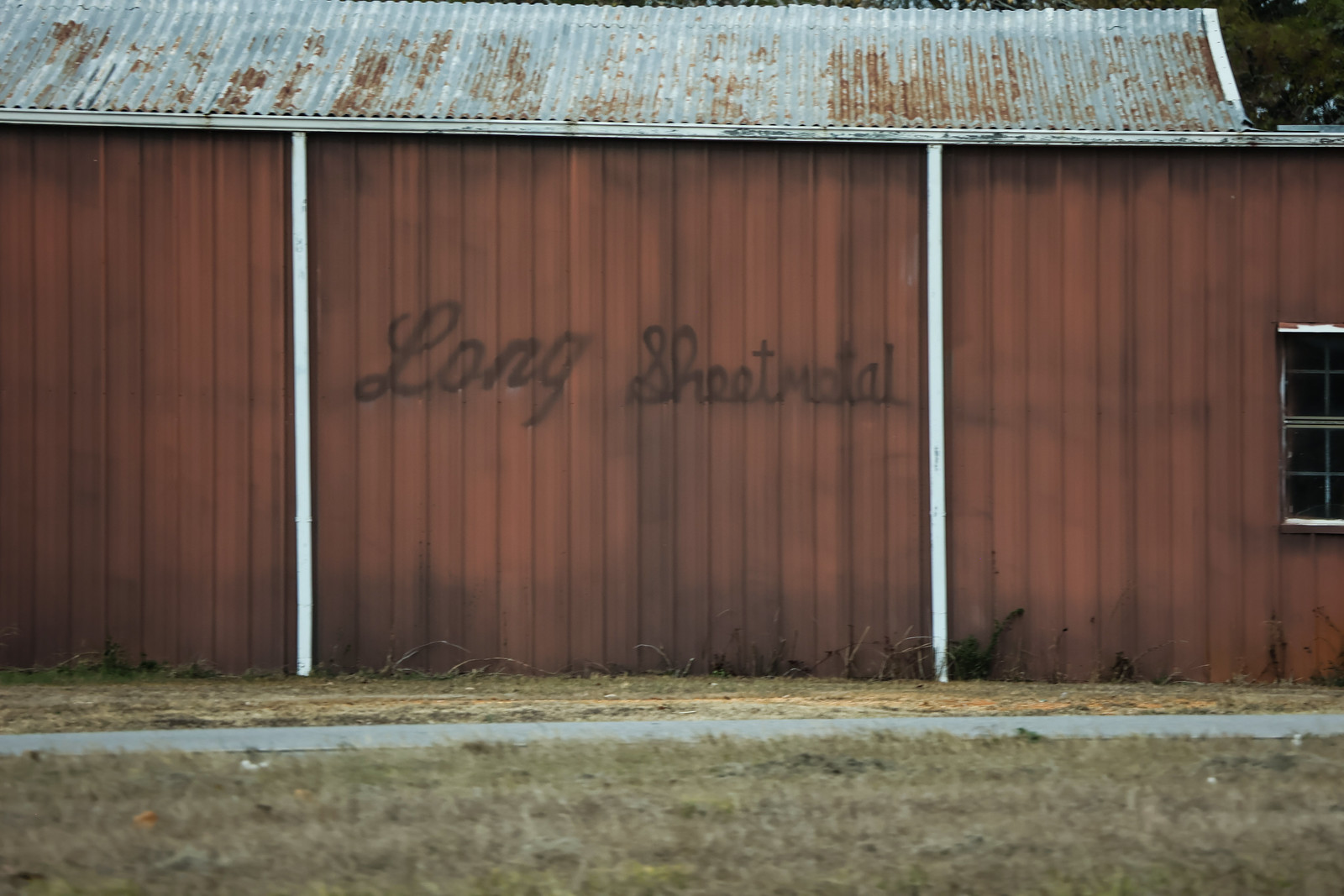 You can’t beat cursive spray paint for a business. 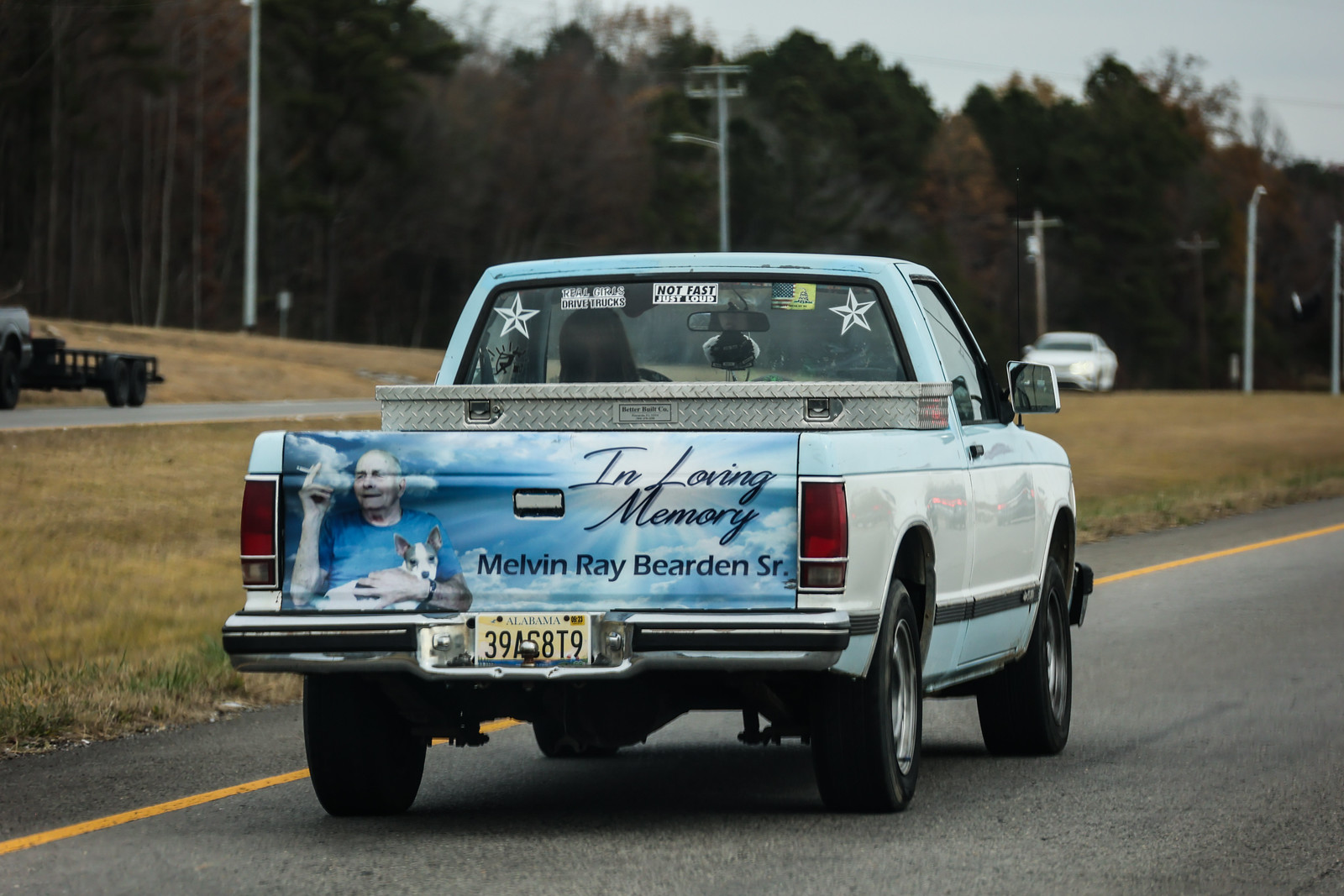 Another photobook option topic are the car memorials that I see every so often. This one was incredible. The dog. The cigarette. Learn more about Melvin here. 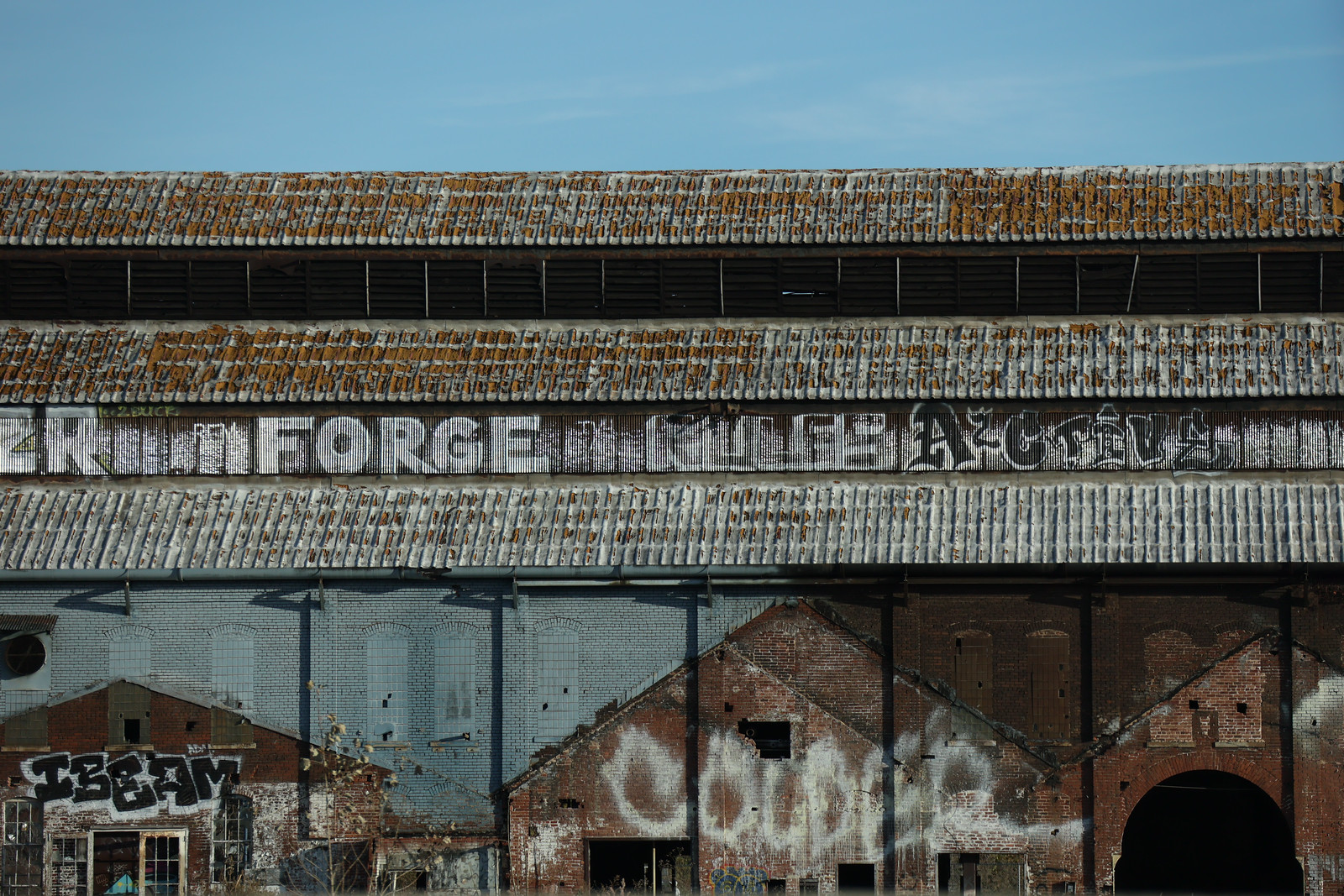 This is another place I’ve shot many times over the years. It’s a gigantic industrial area covered in graffiti. Someday I’ll stop. 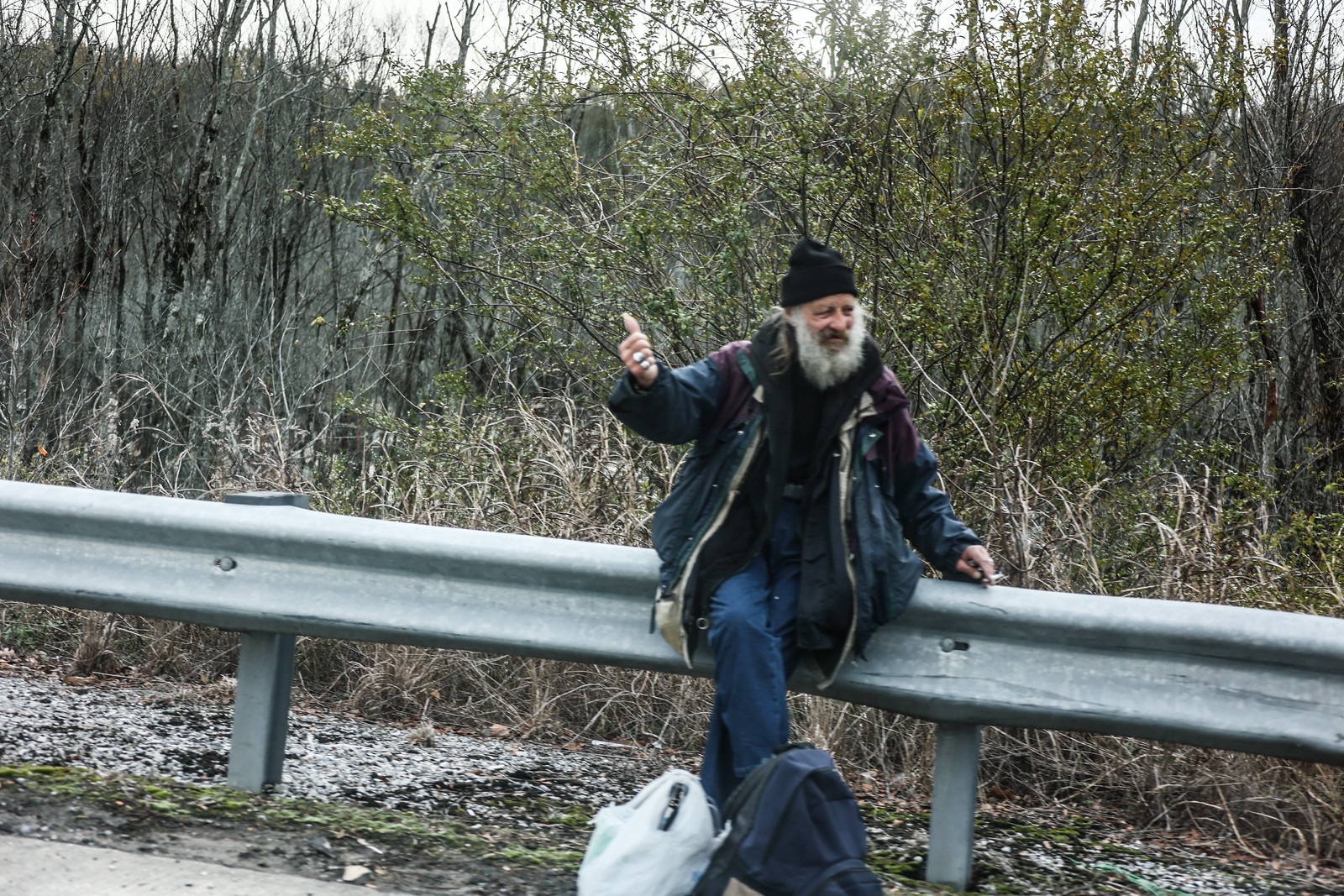 Out of focus but I end up keeping it. I wonder a lot about hitchhikers. Anyone walking on the roads is interesting to me.