I’ve been thinking a bit about how hashtags function on Twitter when used in course in particular. These thoughts are shaped mainly by seeing how #vizpoem, #curiouscolab, and #thoughtvectors have played out vs some of the other hashtags we’ve used like #vcualtlab or #vcuglobalhealth.

There’s not a right way or wrong way to do this but there are certain things that seem to happen when the structure of the hashtag is less tied to an institution. The VCU prefix pretty much means that only people within the VCU structure will use that hashtag. It is less likely it’ll become part of a larger structure for other people to use when thinking about/organizing the topic.

#thoughtvectors is an example of a hashtag that has spread beyond the course in both time and people. While I believe Gardner coined?/hashed? the hashtag based on Doug Engelbart’s quote, its first use on Twitter was by Jon Becker (at least according to this site and this site). Since that time it was used extensively during the course (nearly 4000 times) but it’s still being used today long after the course officially ended. More and more it’s used by people who have no obvious relationship to the course and probably no knowledge of its existence. That interests me quite a bit. I see the potential for it to happen with #vizpoem and #curiouscolab.

#ds106 becomes a slightly different kind of scenario to think about (maybe like #phonar). The hashtag has wide adoption and is related to nothing that really matters outside of UMW but it’s focused on the course as an independent entity.1 I wonder if it would have been adopted by people at other institutions if it had been #umwds106. It seems pretty much anything that will make branding/marketing people happy would reduce the likelihood of wider adoption.

The hashtag can be crafted to be inclusive in that way- with part of the consideration being whether it’s something that will encourage (or at least not discourage) external adoption. It can also be used to narrow the group and to focus on the institution. Prepending a university (VCU for instance) or other exclusive designation seems to lower the chance of outside adoption. That keeps your hashtag group tight and other conversations can still occur with outside parties but the hashtag choice has to be considered in that light. Given that often the goal of working in Twitter and on the open is to bring in external participants who don’t have that university affiliation this is a significant choice.

Given the limits of Twitter it may be that making groups (course-related or otherwise) through lists is a better way to create the smaller communities that we’ve often tried to create through these more exclusive hashtags. That’s harder when those groups are fluid and composed of people with widely varying experience with Twitter as a tool. It’s also difficult when the hashtags you want to use have heavy traffic. The idea of a course hashtag become something more than an episodic device (like a conference hashtag often is) and moving towards something used organically that shapes broader conversations is attractive to me.

1 And DS106 is a big thing. It contains multitudes. 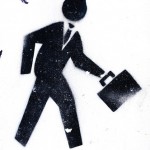 cc licensed ( BY NC ) flickr photo shared by Thomas Hawk I have never been the Devil’s advocate but occasionally I play him on the Internet. This started as a comment on Jim’s post so reading that might make this make some sort of sense. There are no halcyonKingfishers. I didn’t not know that. days of yore. I keep thinking the LMS is symptomatic. It helps solve obscure problems like -How can I grade my class of 300+ students? It helps mechanize a process we’ve increasingly commodified, packaged, and scaled. cc licensed ( BY NC ND ) flickr photo shared by Melissa Gruntkosky The institution can, and probably should, focus on providing more than the LMS but there’s a big part of me that says it doesn’t matter. If tilde spaces were given now, they’d be mainly barren. The problem is not the centrally provide space. I don’t need the institution and I don’t buy into the dependency model that seems to be part of that assumption. In fact, I need an institution far less than I would have in the mid 90s. If I want a tilde space, I can go get one and I can do far more on it than HTML. Stack Overflow is a magical fountain of answers. If you want to do something, simply […] 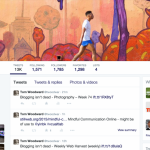