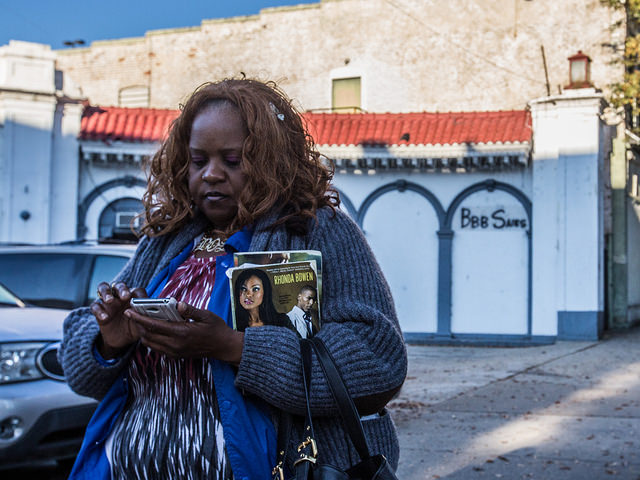 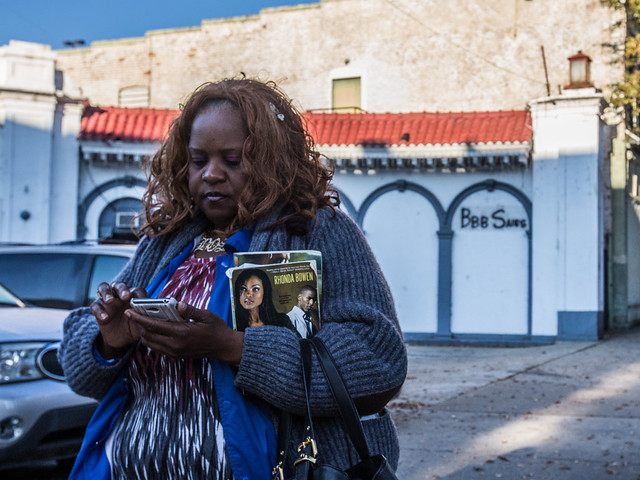 This one was made entirely by the book covers. I liked the glimpse it gave of how she spent her time on the bus. I’m not exactly sure where this bus comes from but it drops off a number of people each day and it is an interesting group. 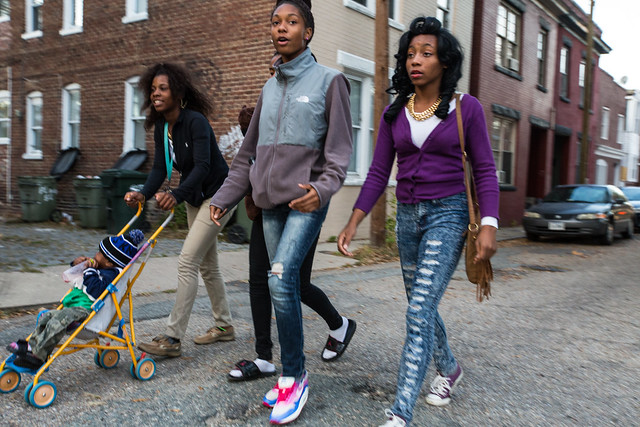 “That mother . . . . just took our picture.” Closest to drama I’ve gotten thus far although I have been accused of being with the FBI and/or police with the stranger photo series. 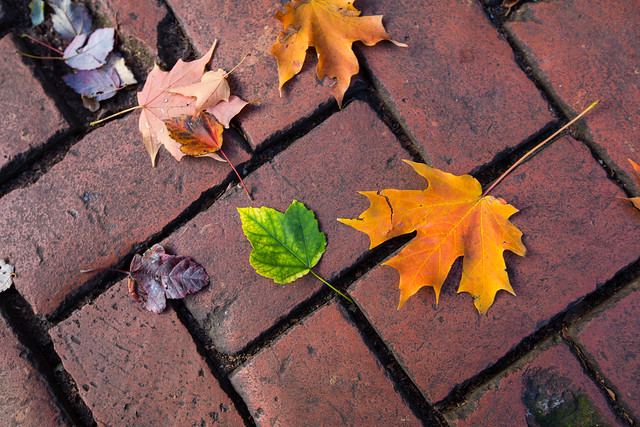 I still find the colors of the leaves to be impressive. I particularly like them over bricks and cobblestones. 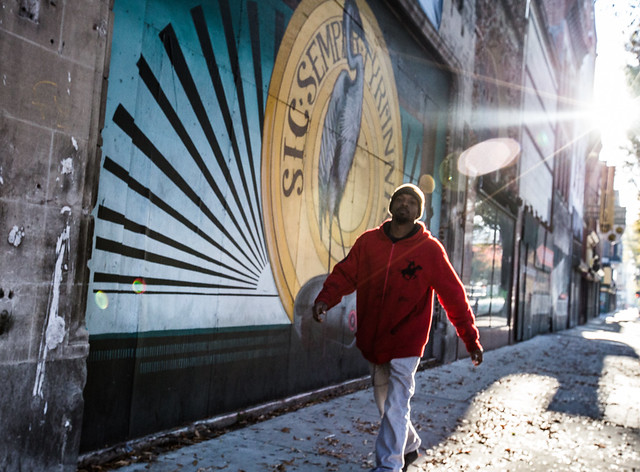 Lots of personality in that stride. The lens flare may be a bit over the top but I liked the imperfections in combination with the sic semper tyrannis in the background. 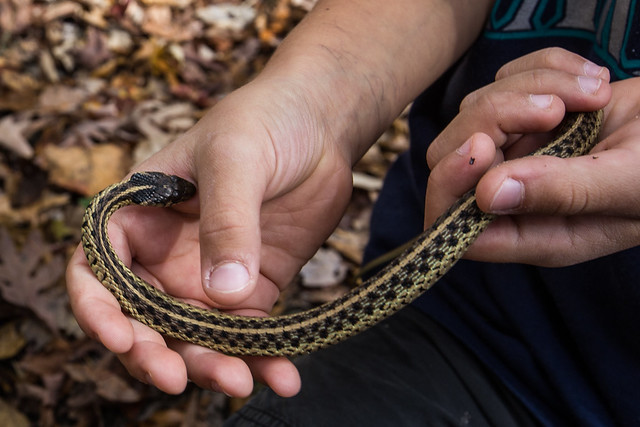 We found this snake while wandering around in the woods. It was one that releases a rather unpleasant musk when it’s unhappy. The kids handled it for a while anyway. I like the mix here of the curve of the snakes neck, the pattern of the scales, and the variety of textures. 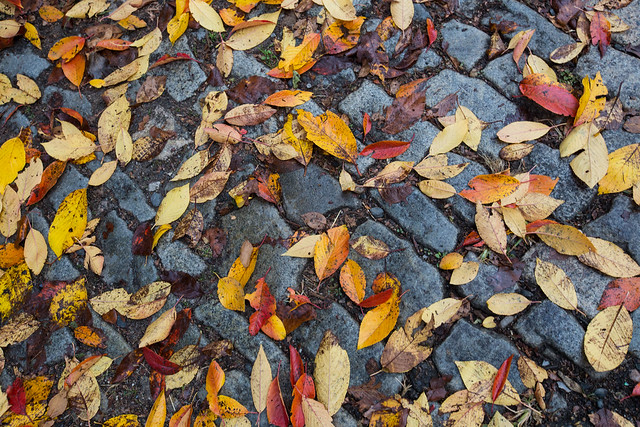 The brightness of autumn leaves and rain slick cobblestones . . . 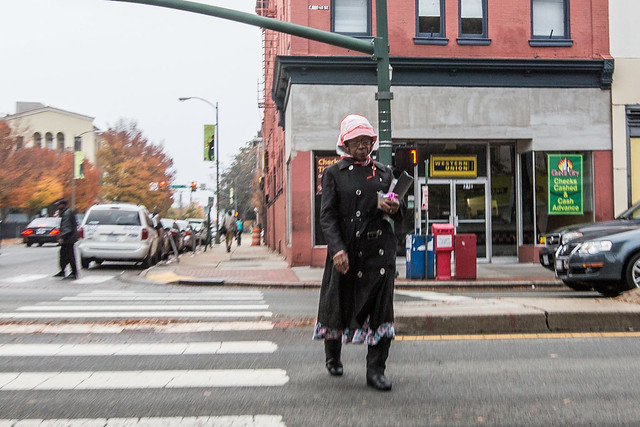 There’s so much properness here. She is headed someplace, probably church. 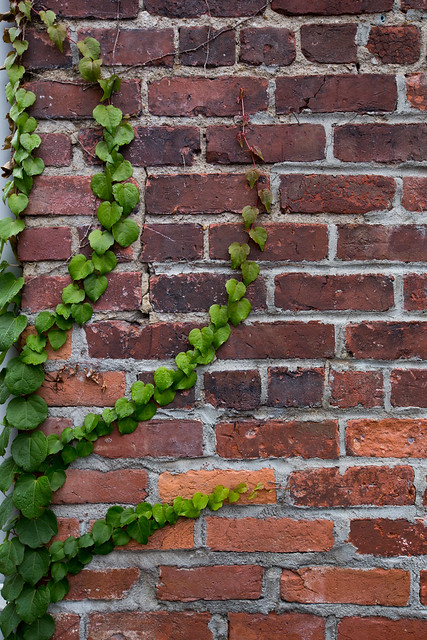 There’s also something about vines and bricks. A lot of the things I keep taking pictures of are these mixtures of natural and manufactured elements. 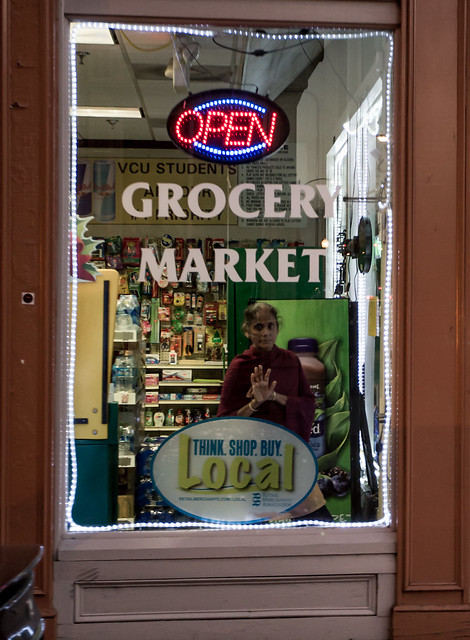 I include this one as an “almost.” If I’d have gotten a few feet closer in time, this would have been a much better shot. I like the odd choice she’s making to place her hand against the window. I’ve seen that in some photos I really liked and always wondered if they were staged but it seems some people do that. 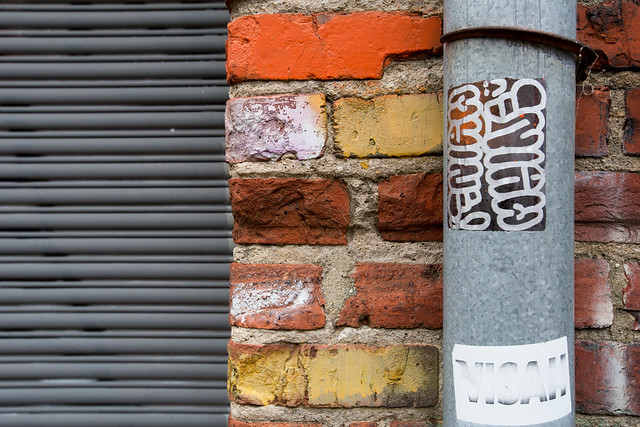 A combination of patterns and textures that reminds me a little of Mondrian (the one below does a bit as well). 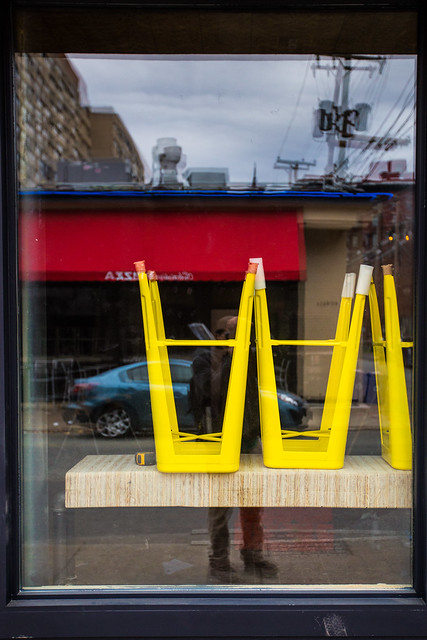