A hodgepodge of links that inspired me and rough ideas on how I’d use them in class. 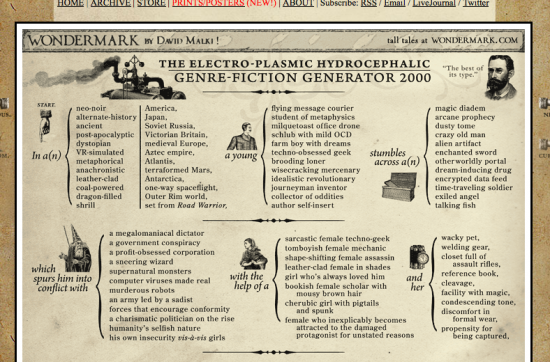 Wondermark1
What is it? It’s a poster that lets you build your own story by picking component pieces- think MadLibs but for story construction.
What I’d do with it- This would be a really interesting culminating activity after studying a genera, author, poet or historical era. The students have to figure out the basic elements that are present in the author’s works or major people/conflicts/geography of the era. They then build a similar poster. It’d be hard to figure out which elements would be the variables and which would be consistent. Lots of thinking involved. Thinking about it, it might be a fun thing to build in Google forms using the new branching options.

The Shadow2
What is it? An artist who’s envisioning a boy with a monstrous shadow.
What I’d do with it- It’d be fun to depict the inner-selves of historical and literary figures as their shadows. So you’d have students analyzing the characters or historical figures and then drawing representative shadows. The key would be in how they explain what the shadow represents and how they explain the difference between the public persona and the inner-self. It could represent their hidden dark side, kind of like what I did with George Washington or it could be an interesting mix of what drives them as individuals. 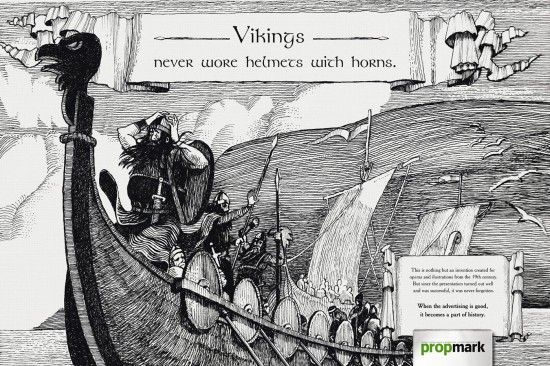 Vikings never wore helmets with horns
What is it? It’s an ad campaign trumpeting the idea that good ads take precedence over facts.
What I’d do with it- It wouldn’t work with everything but for lots “common knowledge” history and science “facts” students would have lots of misconceptions to debunk. Doing it in poster format would allow you to display them and spread the love. 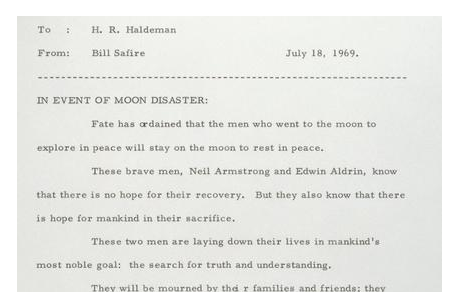 The Apollo Landing Disaster Speech3
What is it? This is the speech William Safire wrote in case the astronauts were stranded on the moon. It’s kind of like a pre-written eulogy but for an event.
What I’d do with it- Students write failure or success speeches. Take famous speeches and reverse them. What would they have sounded like had the occasion been reversed? 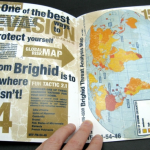 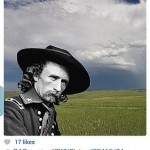 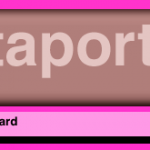