Home > Google > Rampages Stats vs My Own Data 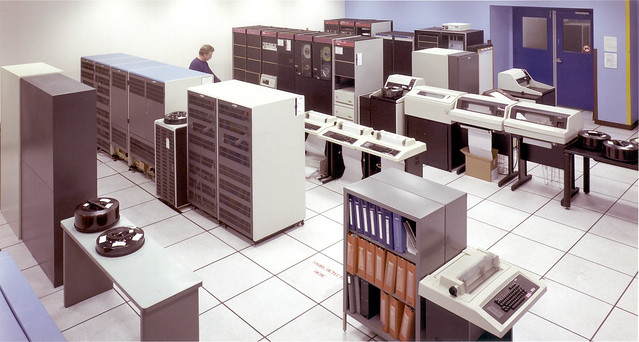 It’s that time of year when you try to prove to your institution that the work you do matters . . . and I am prepared to make it rain datums.1 I’m not sure how valuable this will be to others but who knows and it helps me to write it down.

Currently, my former team of 5 is now just me. So this stuff is sole mio23 and compasses everything from manual password resets to full on custom development work with faculty.

Can you tell when the semester started? That’s an increase of abut 2,400 sites in about 3 weeks.

I’ve got our weekly Twitter/Google Sheet spitting this out and writing it to a spreadsheet so this data was handy. I’ve been playing with logging data for a variety of reasons. For instance I now tag my rampages support emails in GMail and that logs them to a spreadsheet each night. I’m at least mostly consistent doing that because it’s a very light weight action on my part. I can then get an idea how stuff is really playing out rather than simply my perception of things (although that matters too).

The chart above represents rampages email support over the last 30 days as of yesterday. It’s not perfect because some people have ended up sending email to my personal email account, I do some stuff in blog comments, some stuff on Twitter etc. but it’s a decent rough count.

So roughly 350 emails over the last 30 days with nearly half coming in this month. I also need to look back at the recipients and see if it’s the same people over and over or if I’m making progress there. If I’m helping the same people on the same things each semester, I have to think about what’s going on.

During this same rough span, I’ve had around 20 faculty consultations (group or individual) that have taken around 24 hrs in total.

I haven’t got a decent way to keep track of how many courses we have running on rampages. There are certainly a ton of mother blog scenarios. I could count sites where Feed WordPress is active but then I get in trouble trying to figure out if the course is ongoing or if FWP is churning out new posts without a driver. I’ll have to think about that more.

I’ve done a much worse job keeping track of this stuff. To create this list I literally typed rampages.us/a, rampages.us/b, rampages.us/c, etc. to see what would auto-complete in the browser . . . Not the best tracking mechanism and I know I’m missing a chunk. I also know that I’d forgotten about half of these despite most of them being done within the last two to three months.

There’s also the continued issue that I’m not really measuring the project. These things are all vastly different “weights” in terms of what I might need to do, the faculty conversations etc. I need a better way to show what a project cost in terms of time/energy and, hopefully, a decent way to predict what it’ll cost me going in . . . This is Molly’s big project and involves lots of faculty and VCU as a whole. We though we had an outside web designer to handle most of the load and I’d focus on some of the more technical aspects but that hasn’t worked out as well as hoped. This project involves lots of stuff – custom plugins, submission/display workflows, fairly involved CSS stuff . . . it’s cool and fun but eats time like a black hole. It’s also a project where I feel like I’m at war with the WYSIWYG theme most of the time. I don’t know if that means I’m a crotchety old man or what. Chioke I’Anson’s course on museums where we themed his site out to parallel some of the visual elements in the ICA site. Given it’s a course about display/curation/aesthetic, the visual matters. You can’t say this stuff is important while presenting it in the exact same way you present Accounting 101. This is round two with Bob Paris who has very definite and interesting views on what he wants his site to be. It’s an interesting collaboration that I really enjoy. I love how the student work is oriented around language that hasn’t been poisoned by schooliness. Bob also let’s me insert odd things like a login button that says “genuflect to the machine.” This site too tries to embody the concepts the course is focusing on. It is about media and presenting visuals so it really matters what it looks like and how students interact with it as viewers and creators. Lest you think all of my work is art-y and strange, I also got to work with the faculty around base templates for the new online digital sociology Master’s degree program. There is something to be said for having a common starting point and having the group discussion around how all that works and why you think certain things are important. They aren’t setting walls but rather creating a common origin point that gets people moving. That’s important in a program that mixes term faculty and adjuncts. It’ll also allow us to refine the starting point in an ongoing way. Still early days here but a site that’s focused on shared thematic thesis research for art students. It’s meant to be very functional and allow students and the professor to find content quickly. You can browse by student or by a combination of students and categories. It’s based on FacetWP and a number of parent/child categories. This is a two tiered project- round one is a bunch of sites (all the 200 level) where students are using “Press This”4 to add media content in the target language that they actually like. Round two is the construction of lessons using this media as central elements. Kathryn Murphy-Judy is leading this charge with all our languages but we’re starting the building in French. I think that’s mainly because people find my attempts to pronounce the words amusing. The OER element is based on custom fields/post types. I think this is for the police but it’s a site for VCU students to submit videos around health/safety issues. I include it mainly because it’s one of those non-standard requests we get and support that fall outside the teaching/learning boundary but that we do anyway. Round two with this course as well. It’s one of those beautiful courses that meshes a German language course and a photography course. The two instructors then have their students mixing content on the site. Jessica Lonnes leads the charge on this and we usually keep building while she’s in Vienna. Another chunk of work with Jessica, this site aggregates and stores syllabi. It also allows former students access to syllabi from previous years. We’ve added a bit to it from last year to support keeping and allowing access to the historical record of syllabi. Another site that is outside our normal parameters but tweaked some CSS, did some layout stuff, found the shortcode for the Jetpack subscriptions widgets . . . stuff like that. This site was migrated and created to parallel his previous site that was created in a different model. A course site for Kirk which I include partially to show how positive faculty interactions tend to lead to more projects. Revamped this site in a variety of ways visually and have some framework stuff set up for the Gravity Forms API display. I hope to get much more into it in the coming year. Since we lost our general web developer, some random stuff to support online programs has fallen to me. This is pure HTML and done to mimic the department’s visual aesthetic. Not a good model for us as it was quick but then requires my involvement for any updates. It’s all part of the complicated internal politics of enterprise CMS, whether WP has a place vs T4 etc. Plus the new world of “brand compliance” is not a place I want to spend much time.

Mixed in with course design/support is the larger infrastructure and the odd requests we end up dealing with.

This is usually straight forward but can eat up time and working with new faculty in this environment always results in lots of support.

I’m not keeping track of this well. I need to stick with a naming convention . . . altlab-whatever probably makes sense and would group all the plugins that I’m writing together. That’s the convention Mark was using before his departure (at least most of the time). That naming ought to also be for the folder. I need to fix that.

I’ve written plugins to import Moodle content and Blackboard content into WP. Those both took some time but have laid a useful foundation for future work.

I’ve written little things for short codes and managed to fix a bug in the Mother Blog plugin that Mark wrote (manually making the first feed a contributor is no longer necessary).

I have to continue to tweak plugins we’ve written or plugins we use to deal with WP upgrades or system changes. One example being the shift to HTTPS and its impact on various plugins/content/workflows we created. It gets messy and it’s really hard to test for the wide variety of scenarios we have.

Upkeep/edits for online.vcu.edu has fallen to me. It’s not a great scenario in that the theme is Angular-based and was made by Mark and the data feed is from a VCU SQL table that Gaurav had access to/managed. Neither of them work here any more. Any major changes will have to be considered. When you look at supporting all this non-standard stuff you start to feel more compassion for people who set up firm walls on what they’ll support. There’s got to be some balance there someplace.

I continue to cull themes and plugins that have stopped working. This sometimes creates problems as we’ve built an expectation and people get upset if that’s not met. I don’t have an easy answer there. The whole theme/plugin scenario needs extra attention and organization.

I’ve had to install Moodle and Google’s MOOC platform to help our adult ed group figure stuff out. That’s taken more time and energy than I’d like for stuff that’s unlikely to be replicated by anyone else.

I’m also creating a fair amount of stuff in Google Script, javascript, and in/with various APIs. It’s fun and useful but sets up a support requirement that needs to be considered.

There’s also a chunk of things that still need doing or will come due in the near future. Most of these represent promises with mysterious due dates.

3 We still have some people but we are significantly reduced. I think maybe 7 people down.

4 I love this bookmarklet and no one uses it so I consider this a major victory.