I’ve been taking pictures now for around 15 years. I start the clock around the time my dad brought a DSLR to our house and decide to leave it for me to use. It was a Canon Rebel XT and I still have it. This is the camera that made me realize I could take photos.

You hear a lot about the taste gap, but with some things I think there’s an additional hardware gap. The film cameras and, even worse, the early digital cameras I’d used previously simply were not made to take the kind of pictures I wanted. They were cheap things and you couldn’t do more than just point them and hope for the best. It becomes something of a cycle. You’re not going to invest money to take better pictures if you’re not taking good pictures to begin with. Most people will assume they are bad at photography. You may not even realize that the issue lies less in you and your intent than in the limits of the tool itself.

I’ve had similar experiences with painting and building things. The right tool can make a considerable difference. That doesn’t mean that you need the most expensive tool to do good work or that you can’t do good things with cheap tools. It’s a balancing act and providing beginners with the right tool at the right time can mean the difference between someone progressing with a craft or giving up. My kids have had a completely different experience because of the access to different equipment.

It’s interesting to look at the camera and lens I was using 15 years ago and the camera and lenses I am using now. The XT was 8MP and I think the ISO maxes out at 1600. My current camera (R6) is 20MB and the ISO maxes out at 102,400. There are a million other differences in focus points, frames per second, etc. etc. Those things add up to really different possibilities, particularly in challenging environments.

You can see the difference in these two images. Both are taken in (relatively) challenging lighting scenarios.

This photo was a dinner with a candle on the table. At 18mm, the ISO is maxed out at 1600 and the shutter was at 1/5 second. The camera is on the table to try to keep it stable. 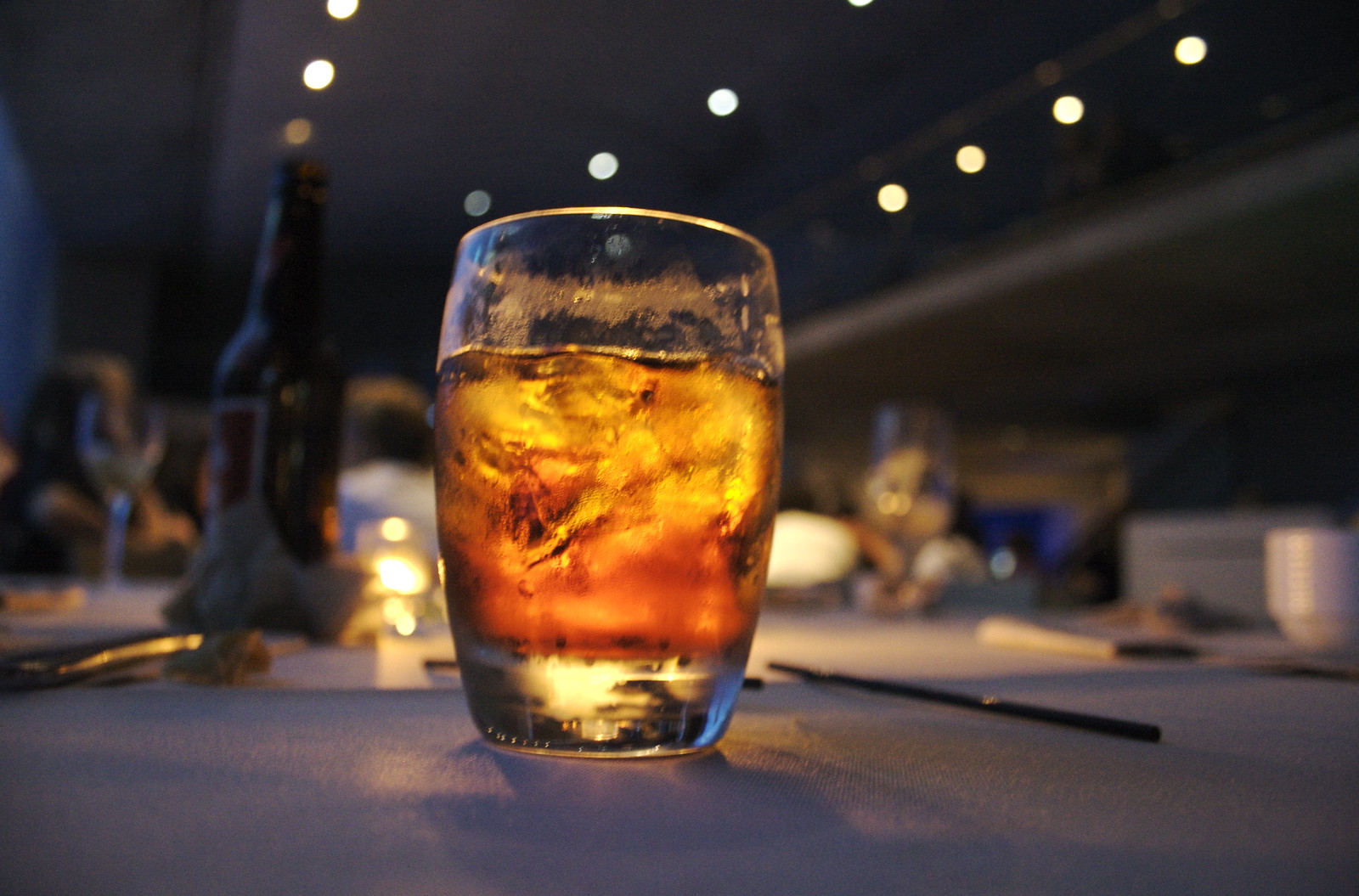 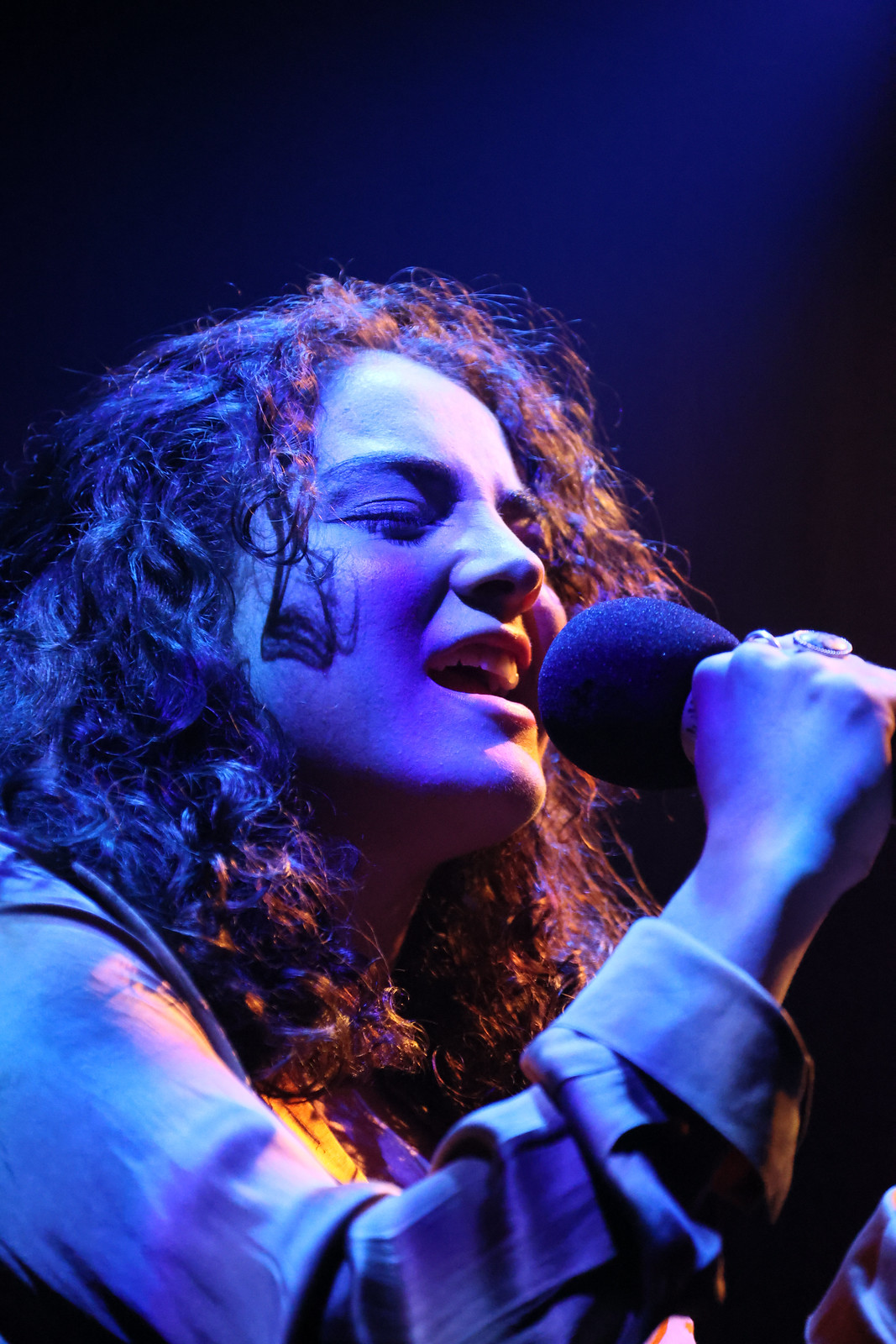 The difference in clarity is amazing. I would not have been able to get that shot with the old camera/lens combo, even with my current extra 15 years of experience. The experience would have told me not to try. The old camera wouldn’t have even been able to focus in those lighting conditions. Even manually, I’d have struggled to even see what was going on.

The shot below was taken with my first non-kit lens. I combined some birthday/Christmas money to buy a Canon 70-200 f4 at whatever version was available back then. This was one of the best shots I took at that time. I still like it.1 At this point, I’m starting to understand how a wider aperture would give me better separation. The better quality lens is also helping making things clearer because it’s letting in enough light for a faster shutter speed (in addition to just being better at giving a clear image). 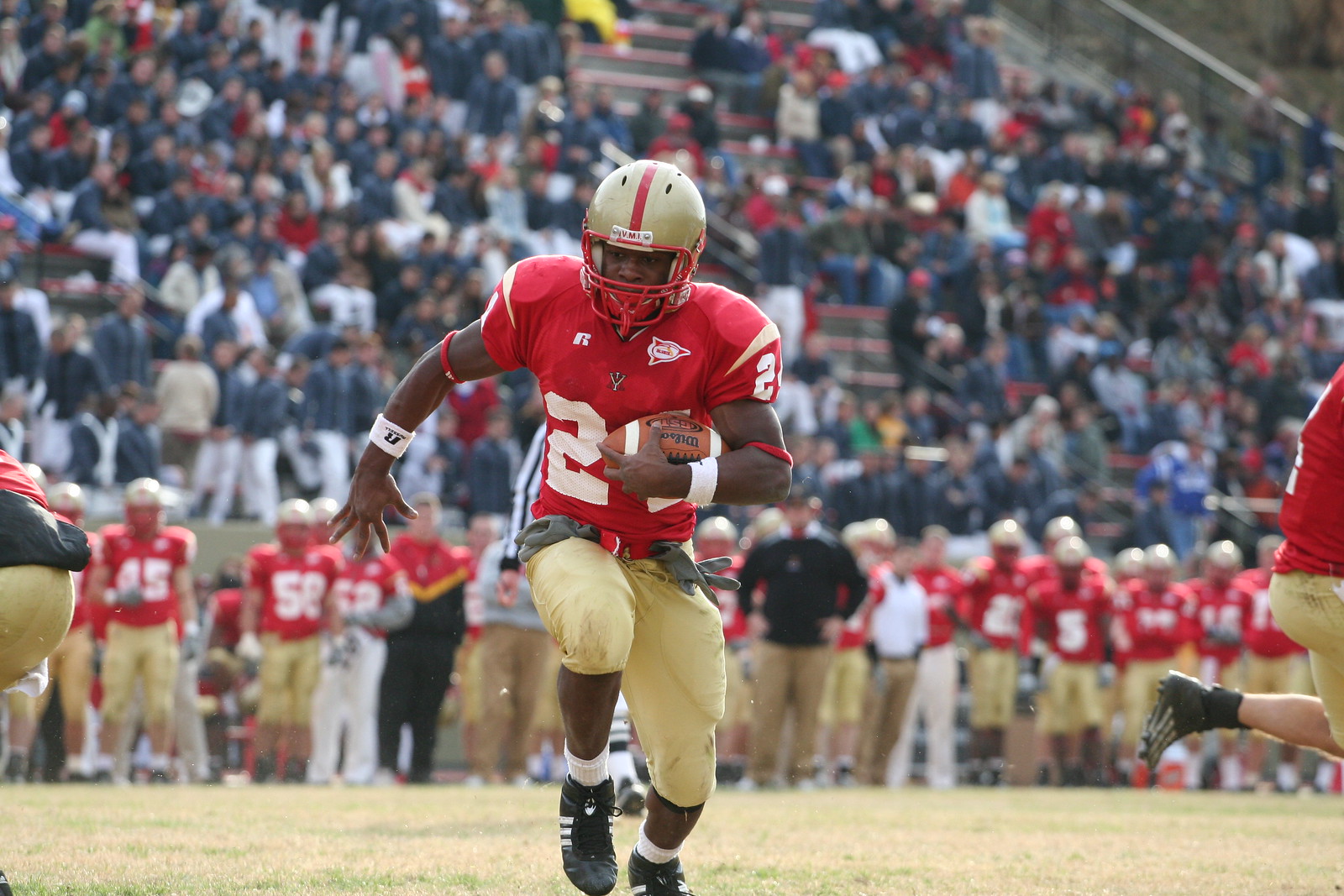 And here we have one of the shots I liked a lot from this year. 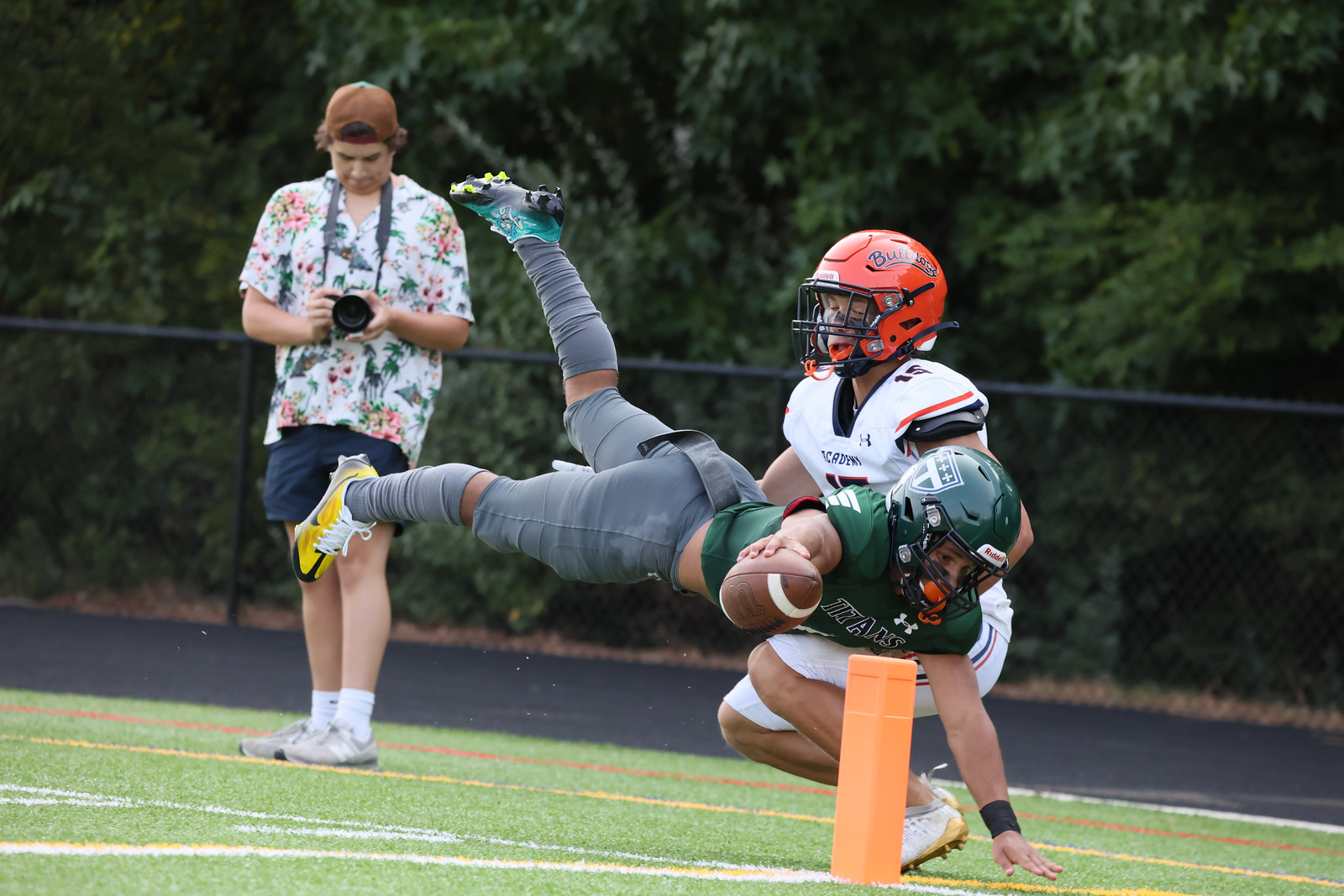 This difference is more around opportunity. With the current camera, I have so many photos I could have chosen. There are still technical issues that frustrate me. I’ll get the camera around on a difficult shot and it just won’t focus in time . . . but it’s so much faster at focusing than the old camera. I get more shots per second and more of those shots are in focus. This camera is able to shoot in challenging lighting scenarios where, again, the older camera simply would not work.

The shot below was in an indoor facility and the light was really poor. While these shots were not as good as the outdoor games, it’s pretty amazing performance by the camera. I ended up with under 200 photos for this game when my usual number is around 400. Keep in mind, I’m shooting to try to get lots of kids in shots. If I were just keeping the best photos, the totals would be much lower. If I were just going for photos I think are really good, I’d probably have 20 keepers out of 3,000-4,000 total photos. 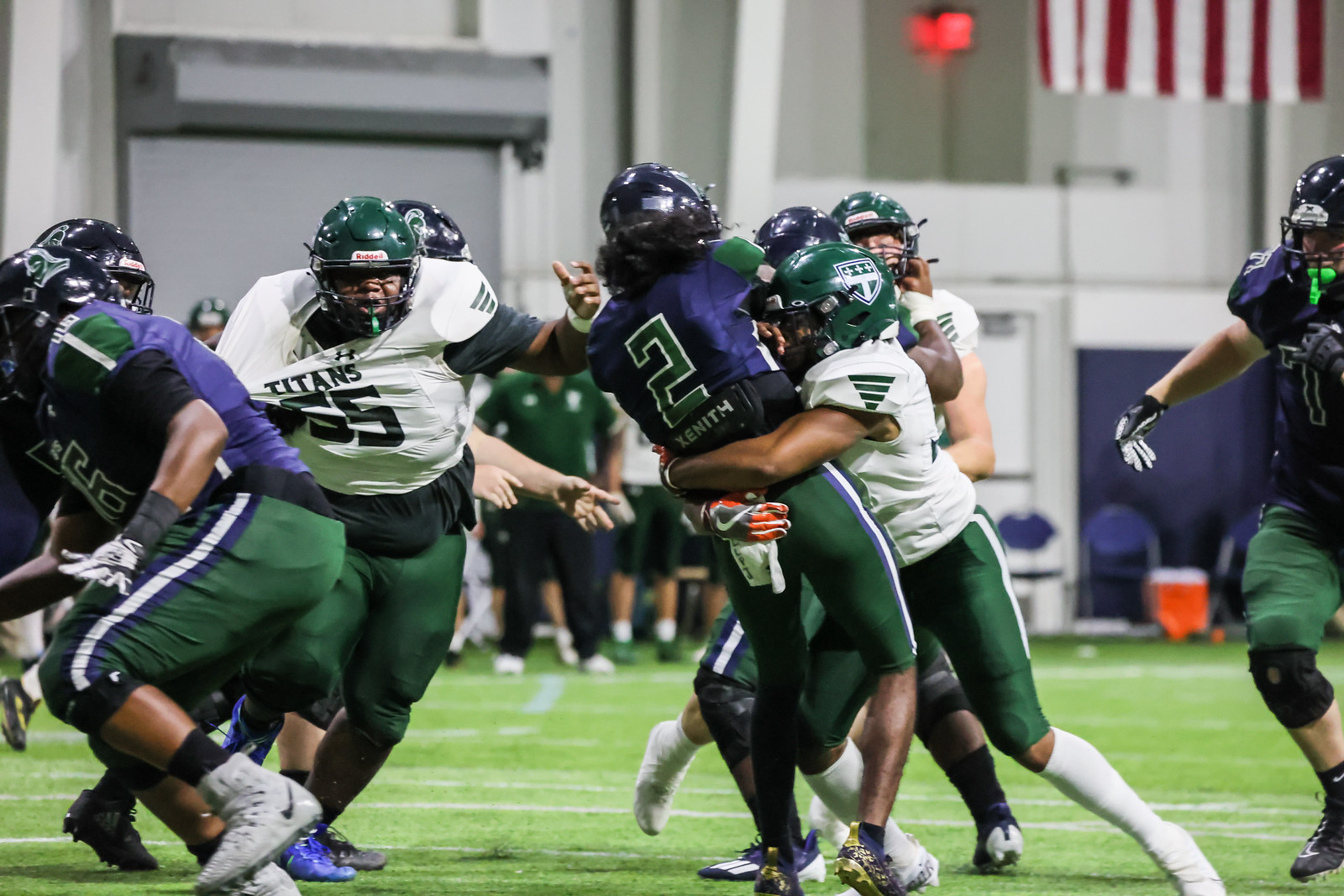 Obviously, I’m still learning things and, as the technology changes, there are different things to learn. For instance, in the shot below, you can see some horizontal banding. That happened when I use the electronic (as opposed to mechanical) shutter. I was trying the electronic shutter because it makes no sound and I was working hard not to disturb anyone during the performance. I was aware of rolling shutter issues with fast moving objects but now I learned it might have similar issues with certain lighting. Luckily, I was checking the images as I shot and the in-camera preview was good enough that I could see the banding and return to using the mechanical shutter. 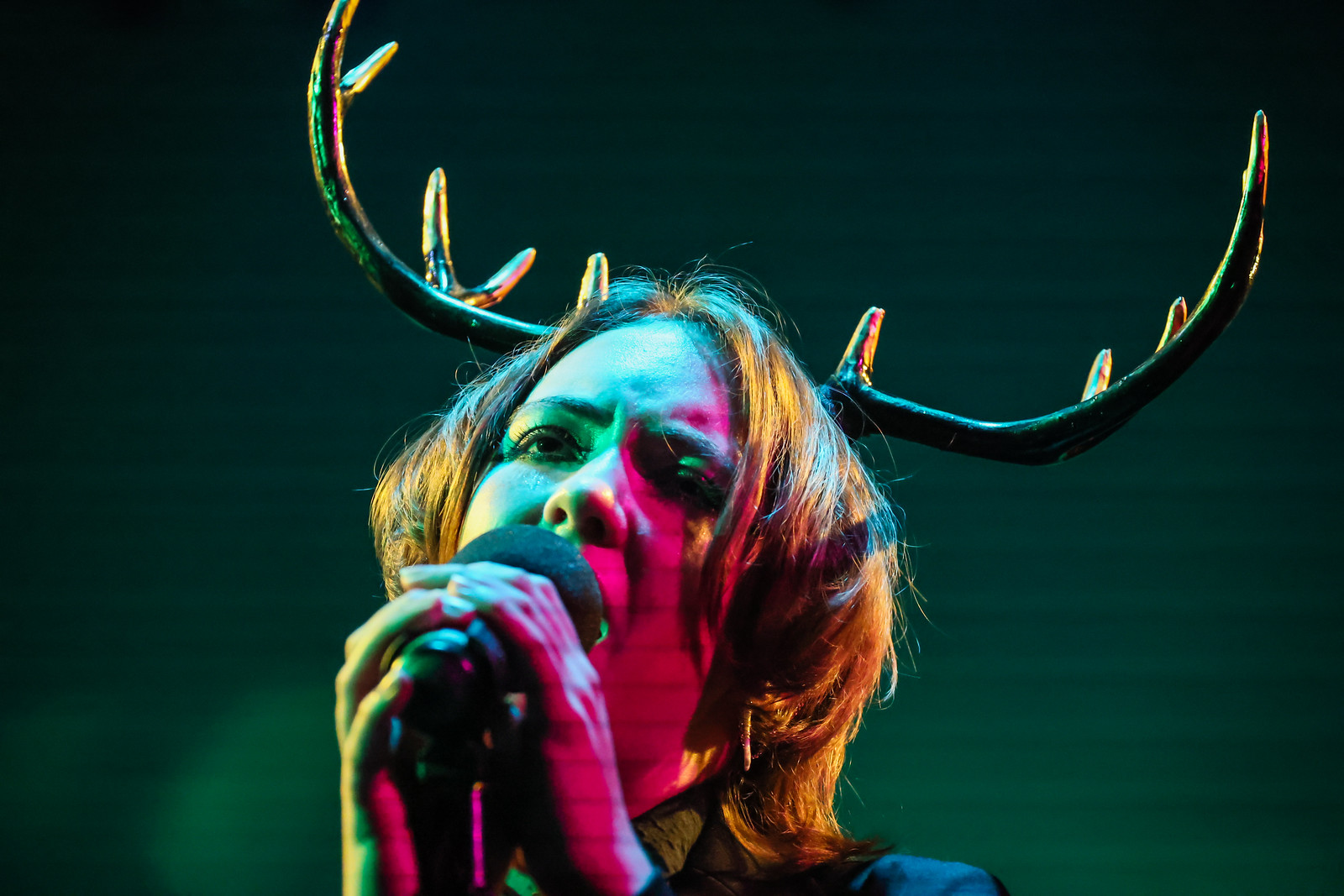 1 It should probably be cropped more to remove the two extraneous butts, and I am still unhappy I missed the bottom foot.

4 thoughts on “Photography and Progress”