At this point I’m taking between 200 and 300 pictures most days. I end up keeping about 1 out of 10. There’s talk about taking fewer pictures making you a better photographer. Maybe. I’m having fun and trying out lots of things so I’m ok with lots of pictures. Some shots I take I know won’t come out well with this lens but I want to create the itch to do it right. Other shots I take blind. Some times that’s to keep things really candid, other times I just want to take a shot from an angle my head can’t make it to (really high, really low). I’m willing to fire a few shots that way and take the penalty on post processing. With a number of the street photography attempts I start shooting early and keep shooting. It’s closer to the way I used to shoot football.

My processing workflow starts with a quick run through where I throw away anything I dislike immediately. That’s often quite a few- focus errors, things I knew weren’t going to work etc. Round two is usually throwing away choices between similar photos. After that, I start actually editing. If I feel annoyed about editing to making the picture better then I throw it away. All this is now done in Lightroom after Apple decided to kill Aperture. I really need to spend some more time in there in the near future. It can do far more than I do with it. 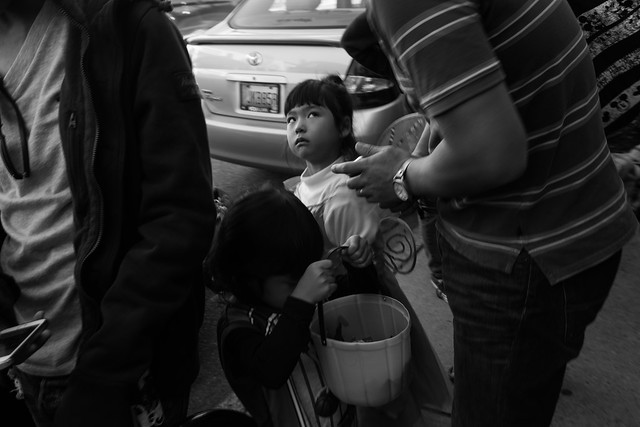 One of those lucky street shots. I saw the face out of the corner of my eye and took about four shots. Three of them missed in a variety of ways. This one caught her expression. 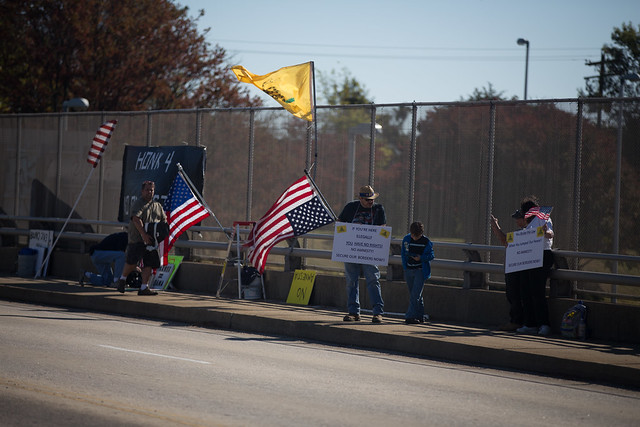 We ran into this protest on the way to the Zombie Walk. I like the motion of this one and the way the kid is focused on his tablet. 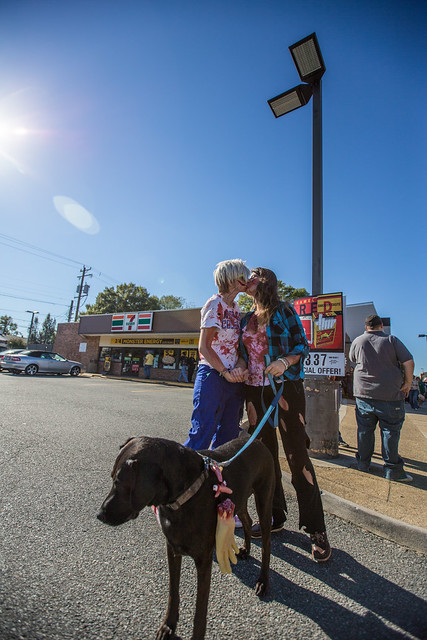 I was actually trying to shoot the dog here and the kiss started. The camera was extended at arms length and nearly on the ground. As a result, I wasn’t sure I’d got the shot until I looked later. You don’t often see zombies kissing so that was pretty fortuitous. The whole image tells a pretty interesting story with 7-11, cigarette ads, that big guy in the corner . . . it’s another version of Americana. 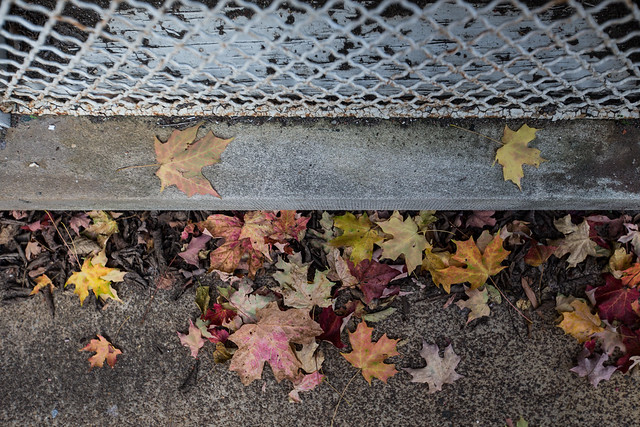 More leaves. I know. I’m sorry but leaves are pretty. 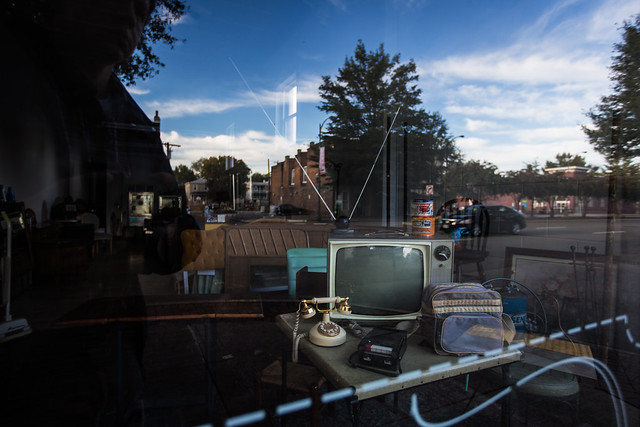 Other than leaves, I’ve been pretty interested in reflections lately. This mix of the Broad Street buildings and an odd collection of old electronics appealed to me. 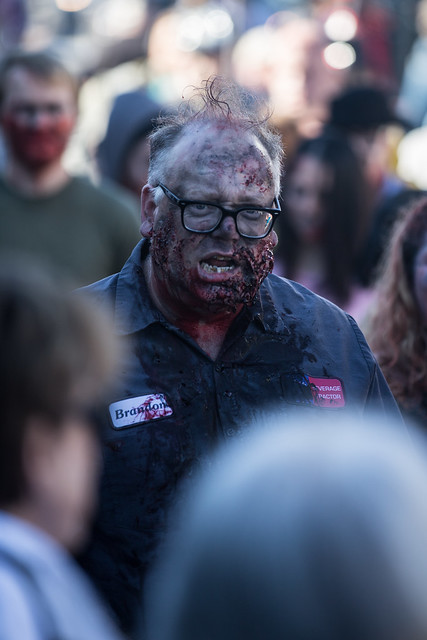 A zombie I recognized from last year. I like this one because he looks like a regular commuter wandering in the crowd. 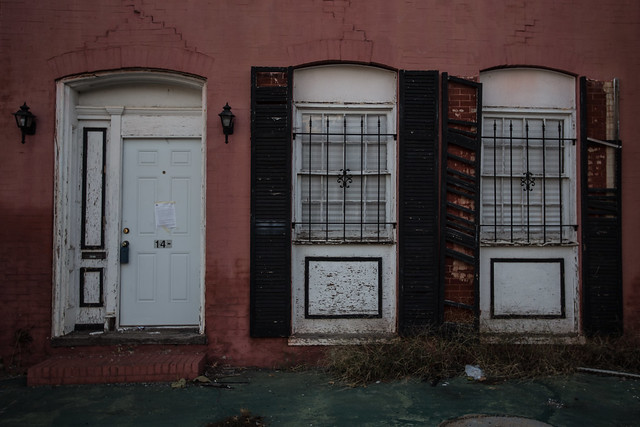 I’ve always been a fan of decay. It’s always odd to see what is behind the things we add as decoration and to see the patterns and habits of breakage as the layers peel away. 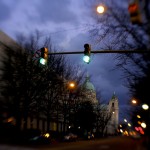 Charting a Course & Walking at Work

I figured I’d blend this week’s walking at work photos with a larger reflection as they mesh together pretty well. Partially because my reflections are blurry and distorted. The photos actually hurt my head a bit and so does trying to knit all this interesting stuff together. The following is a reflection on the course design process thus far and my own attempts to document the course design process. Messy. cc licensed ( BY SA ) flickr photo shared by Tom Woodward I’m going to try to capture some of the conversations that have been going on the past few days between Jon Becker, Gardner Campbell, and myself as we start to pull this summer’s MOOC together. I’m doing this in part to further refine my own thoughts but also to play around with Englebart’s idea of a dynamic knowledge repository (one possible element of the course). This will, of course, represent my own slightly askew view of the proceedings but I trust neither Jon nor Gardner would be shy about throwing their opinions in the mix. cc licensed ( BY SA ) flickr photo shared by Tom Woodward The conversations have been wide ranging in many interesting and occasionally confounding ways. With an initial goal not to overly define the destination- not to create the rubric-based “prophylactic effect” (That’s […] 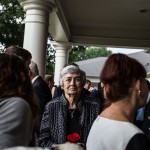