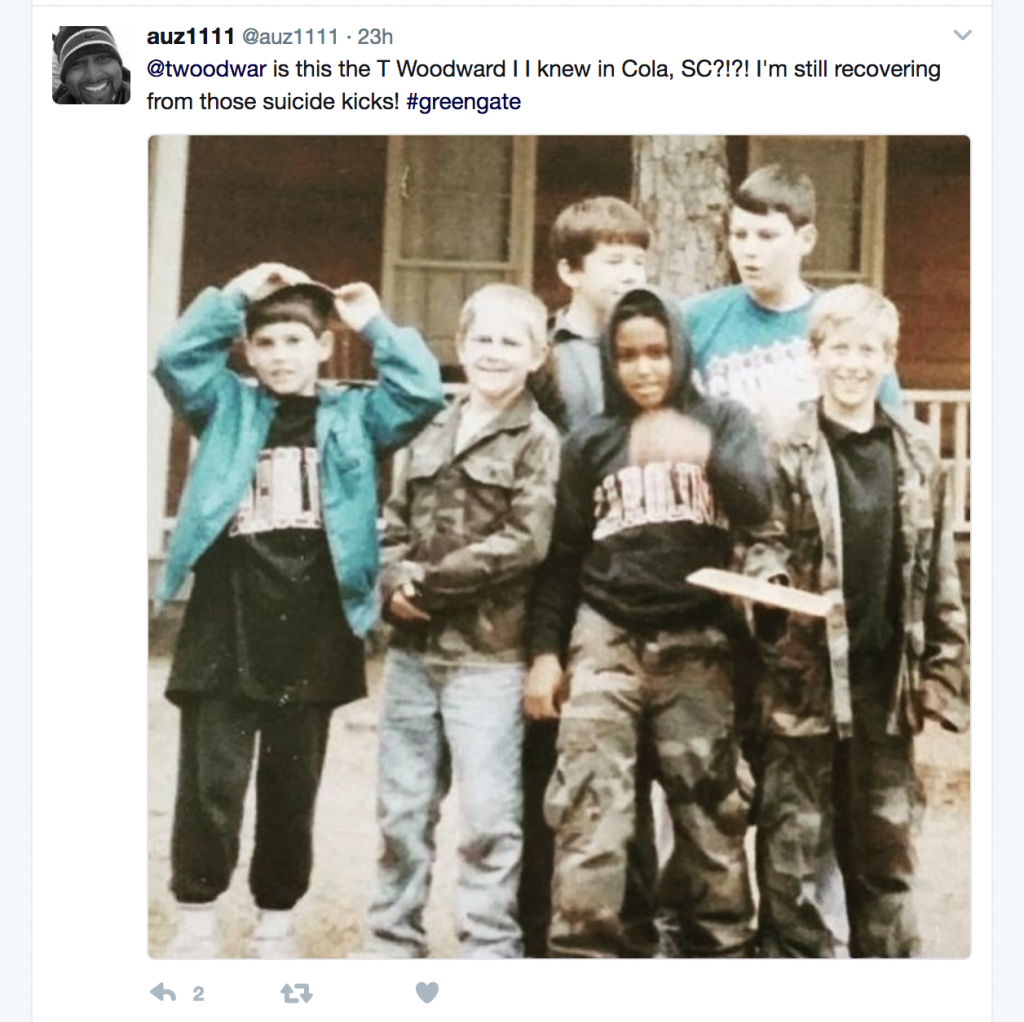 @twoodwar is this the T Woodward I I knew in Cola, SC?!?! I'm still recovering from those suicide kicks! #greengate pic.twitter.com/4HTaNHEi2N

That is me- back row, partially obscured (and not just by the camo). Pretty wild that John found me somehow and that we’re both involved in WordPress and web design stuff.

It led me to look up another guy from that photo and a few seconds later . . . presto. He was even using that same picture as his avatar (because, as it turns out, they had a bet on who could find me on the Internets).

Not world shaking but a fun connection to the past (30-ish years ago!) and one that inspired a bit of digital wandering.

I’m relatively sure this is my house back in 5th/6th grade but I’m not entirely sure. I mainly identified it by the creek visible in the map view. I probably spent more time there than in the house.

That’d definitely the pond where I used to fish and catch baby turtles (something of a family tradition now).

I went to E.L. Wright M.S. before we moved to the hell that was 7th grade in Huntsville, Alabama’s creatively-named Huntsville Middle School.