Darthparadox on Live Journal translated some chunks of Pulp Fiction into Shakespearian prose.

This would be a very interesting way to get students really delving into the language of Shakespeare and a great way to make them interested in understanding it.

Let them choose what they want to “Shakespeare-rize.” You might have to add some propriety restrictions for high school but it’d be a lot of fun.

J: And know’st thou what the French name cottage pie?
V: Say they not cottage pie, in their own tongue?
J: But nay, their tongues, for speech and taste alike
Are strange to ours, with their own history:
Gaul knoweth not a cottage from a house.
V: What say they then, pray?
J: Hachis Parmentier.
V: Hachis Parmentier! What name they cream?
J: Cream is but cream, only they say le crème.
V: What do they name black pudding?
J: I know not;
I visited no inn it could be bought.

The original, in case you’ve forgotten it.

I know I possibly overdo the idea of remixing things. I think it’s because of a poetry class I took in college. We were allowed to select a poem and had to re-write it with a paper explaining our process along the way . I chose “Thirteen Ways of Looking at a Blackbird.” I switched blackbirds for ice cream and had a lot of fun. It was the most enjoyable paper I ever wrote and I certainly worked on it far harder than any other. Although I’m not sure how it could have been more enjoyable than my final history thesis on “The Negative Impact of the Communist Internationale on Indo-Chinese Communism.” 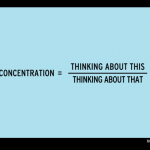 Get them here or make up your own. You’ve got two ways to play this game. 1. Give these to your students as warm ups at various times but with one of the words blocked out and have them decide what it should be. 2. When they’ve got the hang of guessing, they start making their own based on terms you’re studying. Should work for just about any subject and is far better than the standard “write a sentence using this term” vocabulary exercises. Don’t limit yourself (or them) to vocabulary words- think historical events, novels etcIn a way it reminds me of the “its the * meets the *” style of music/movie descriptions which would be another great way to get students thinking describing novels in interesting ways that draw connections to things they know. I swear I have something about this bookmarked in delicious somewhere..

This would be a fun way to start off the school year. It’s similar to a number of things I’ve posted before but I liked these and the presentation is really nice. Ways I might twist it for the first days of school – maybe it’s just your summer in 6 words, your prediction of the school year in 6 words or you have to produce one for someone else in the class on whatever topic is chosen. Make sure you show good examples. Just another example of rules and being “inside the box” driving some really interesting content production. Hat tip – Jackie Gerstein

It’s supposed to represent the role of mind/emotion in creating engagement but the very fact that I feel compelled to explain that probably means I’m not doing a great job and I wonder about the degree to which I’m joking. There are elements here I may end up making work though. I can parse a few out for a #ds106 assignment as well . . .