I took Dan’s challenge to explore my 2007 via design. The whole thing really intrigued me. I was amazed by how little I track what I do and, often, how little access I could get to my own data (which I know the companies are tracking).

I really wanted better stats once I got going. My goal this year is to keep track of lots of things so 2008’s year in review reaches the next level in data density. I’m also going to work on refining the rss feeds which are out of control and on three different platforms. It also appears I write at least four unpublished posts for everyone one I post. Must stop doing that. So Dan has made me a better man.

Things I wanted stats on that I didn’t have-

Anyway, I’m not sure I met the contest rules of four informative graphics (depends on how picky Dan and his judges want to be) but it was really interesting either way. Thanks Dan!

Here’s my design. While certainly not being dense in information, I do like the look of it. 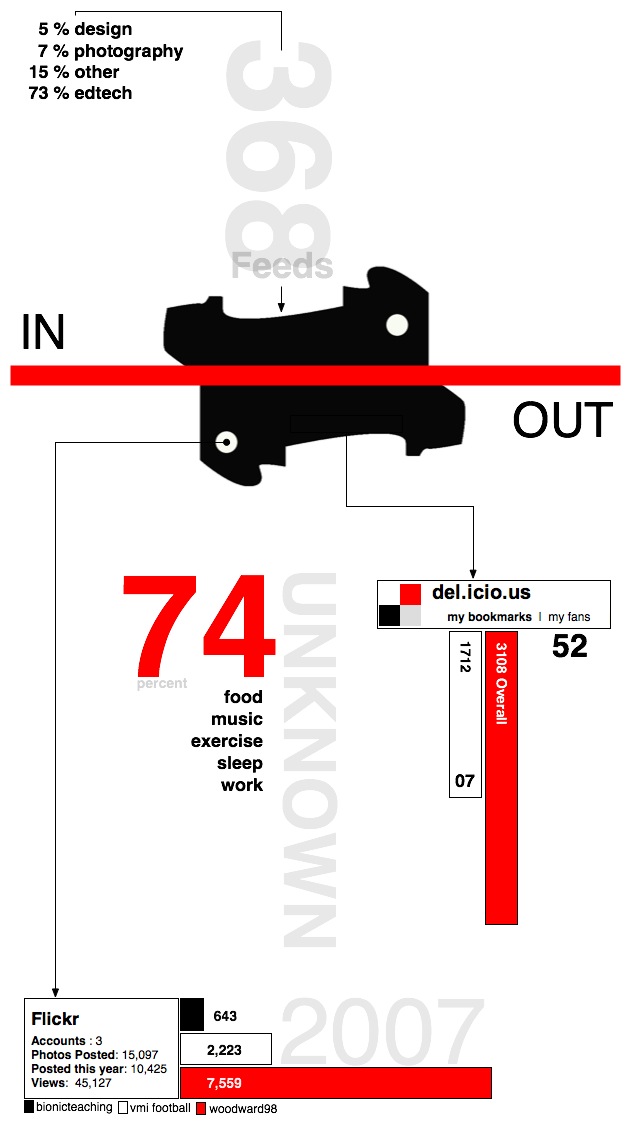 In the interest of seeing how much things improved here was my initial design- which I now hate. I think it’s b/c of the flick logo colors. That was a mistake. I do kind of like the house idea but it’d take some serious effort to pull it off properly. 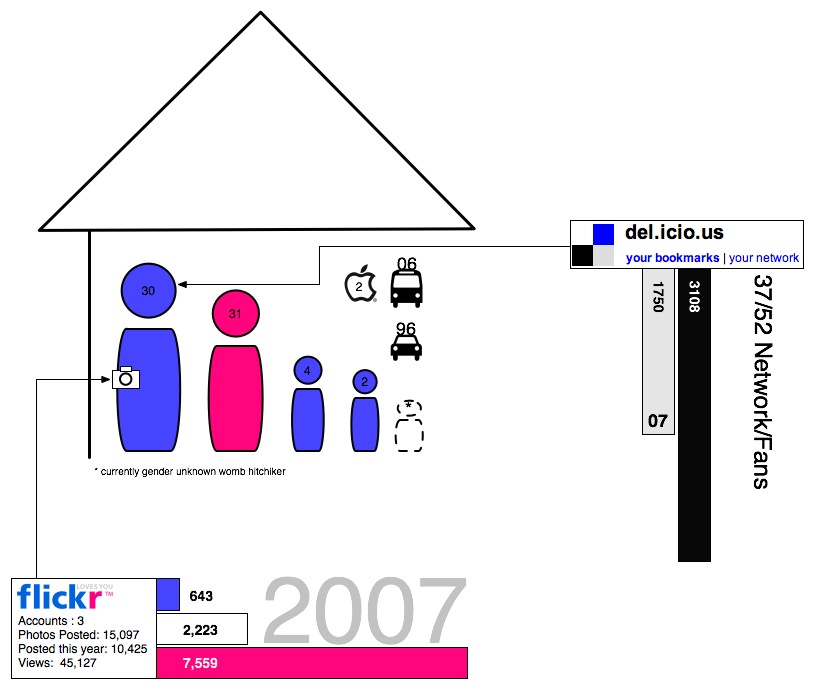