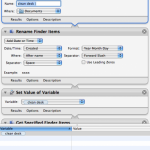 Working Hard at Being Lazy with Automator

We just got a few new beautiful MacBook Pros in our office. I hated to see their desktops get all junked up like the old computers were- some people cover every inch of desktop until files overlap. So to amuse myself and to play around with Automator I decided I’d make something that makes a folder for the current date in your Documents folder takes all the crap off your desktop and puts it there then deletes all the stuff on your desktop It took about 30 minutes to do, mainly because I couldn’t get the contents of the Finder to get refreshed before it selected what to delete 1. So I’d watch it copy to the right folder but then it’d erase the desktop and the contents of the Documents folder. It was strange but I eventually just broke the action into two parts 2. It’s my first time using Automator so constructive criticism is welcome. I’m running 10.5.6 so I’ll say it works on that if both the app files are in the Applications folder and assuming your Documents folder is in the normal location. I put it in my Dock with a soap icon from Fight Club. You could also have iCal activate it automatically through the open file option under alarms. If you’re interested in seeing […]

So I’ve installed WPMU on one of our externally hosted servers and with Jim’s patient assistance have been trying to get it in shape. One of the things I needed was the theme editor. So I was going through the steps to get it installed and things are looking good when . . . I hit the theme editor tab and the video below happened1. In all honesty, the first time it happened it scared the hell out of me. I frantically thought of all the vague warnings I’d received, reconsidered what I’ve done with file permissions, wished I’d backed things up 2. I’ve since been wrestling with the .htaccess file and other fairly dreadful nerd stuff. Unfortunately, this server is running both PHP 4 and 5 and has some custom .htaccess stuff set up to password directories down the line. This has led to all kinds of hassle for me (and as a result hassle for Jim 🙂 who has insisted I blog about the easter egg so he can reblog it3). 1 and happened every single time I hit the theme editor tab 2 and then realized I already had 3 Isn’t the Internet a weird place

I found out this morning that one of my former students, Hakeem Witcher, probably shot and killed another boy on Friday. I taught Hakeem and his sister. I knew their little sister. I knew their mother. I called her all the time. I spoke to her when she’d pick them up from school. I remember trying to help her when she asked what to do one night. She was overwhelmed enough to ask for help from some stupid first-year teacher who didn’t even have kids of his own. After I left New Bridge, I saw his mom a few more times. She said Hakeem was up in New Jersey with his dad- that she just couldn’t control him. It didn’t sound good. At some point I saw Hakeem as well. I can’t recall exactly where or when now. He’d started to harden some, a hint of a mustache growing on his face, but that kid who really wanted to please was still there. He wanted to know why I left New Bridge. I probably said something about money. It’s an easy cop out. I really just remember how much I liked Hakeem, how much I hope that there’s still that reachable core of good in him. I know there’s a poor boy who’s dead here and family that’s grieving for […] 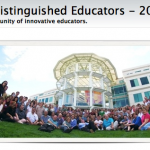 Applications for the ADE class of 2009 are now open. Get over there and apply. I’d highly recommend it 1. Go check out the details. 1 I think I’m in the shot above somewhere. 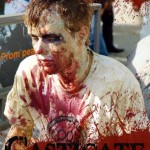 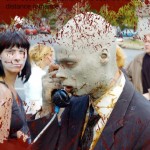 As long as one other person is mildly amused, I might as well keep entertaining the two of us. Reticent – WOD Nov. 24th Image source- Doviende 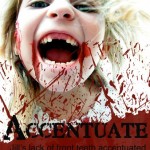 My wife informed me that these are too violent to use in classrooms (she said something about “blood soaked” being a little inappropriate). I’d have used them but then again she taught in a very different environment. original image source Accentuate– WOD 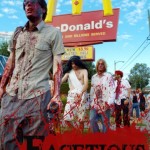 So in the theme of restrictions creating creativity and my own desire to be doing things more directly related to the classroom- I have decided to start Zombie Vocabulary1. I’ll take a few words from Merriam-Webster’s word of the day and create a zombie2 themed use of the word that I’d use with my students (if I had them). So to start things off here’s facetious– WOD from Oct. 14th. 1 Why zombies? I like zombies and I like the CC zombie pictures available in flickr and saw so many I wanted to use that I needed to make a reason to use them. 2 I may switch from the zombie theme if it gets boring so other theme suggestions are welcome.

ZIPskinny – Get the Skinny on that ZIP Zip Code Fun (1 of 2) This is a VERY easy way to get your students looking at how their hometown/suburb/part of the city compares to neighboring ones. Punch in you zip code and get some well-organized census data. (tags: civic) Click for a Zip Code Boundary Map. Zip Code Fun (2 of 2): Use this google maps/zip code mash up to help students visualize the boundaries of zip codes (tags: civics) Power Shift Video Intensive | Power Shift 2007 Power Shift 2007, a climate change conference for youth, is offering fellowships to 16-25 year olds to take equipment home and film environmental issues in their community. Fellows will get training and guidance from established directors. (tags: envirostudies)

Education@Web 2.0 Your chance to get some school 2.0 information to different audience. Head over to the O’Reilly blog and tell them what you think is going on with education and Web 2.0. “Is it possible for education to be transformed by Web 2.0 thinking?” (tags: education web2.0)