I know how tedious vocabulary can be–Iâ€™m an English teacher. I have a list of 60ish vocabulary words for the novel The Outsiders (Do it for Johnny!). In previous years I have handed out the list, sorted by chapter, and asked the students to define them. I would put a selection of words on the test to ensure the kids did the work, and hoped that the words would stick. Iâ€™ll be honest with you, we would be lucky if they remembered a third of those words. I wasnâ€™t happy about this. This year, I decided the vocabulary needed to have more value. I asked Tom to talk through it with me, and we came up with The Outsiders Vocabulary Blog. The students had access to create posts–as opposed to simply commenting on my posts. They drew one word out of a hat and completed a word study on it. The posts were sorted by chapter and part of speech. The result is a comprehensive vocabulary database for the students, and another vocabulary tool for teachers. Two classes worked together to create this glossary. They began to see the benefit of collaborating. By breaking the list down, they were able to get more out of the work. Along the way the students received mini lessons in citing sources, scanning a […] 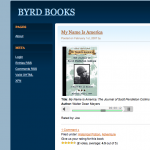 Way, way back in May of 2005 I had the following idea- Audio book reviews- This is something Steve Dembo of Teach42 and I discussed. Iâ€™d like to see short podcast book reviews attached to the school library database and in RSS feeds. How cool would it be to look up a book and be able to listen to the reviews of other students. Having a RSS feed for various types of literature would also be good. This would seem to encourage both more reading by listeners and more reading by those wanting to make podcast reviews. That idea is (at least partially) coming to fruition now. Mainly because our librarians and another teacher I work with frequently came up with it on their own and got me motivated. It’s odd how circular somethings are. We’ve started a Byrd Books blog with audio, video or text reviews of book submitted by students. The posts and thus the books are also rateable by other readers through a neat ajaxy star system. I’m going to work on creating dynamic pages and feeds based on book type and reviewer so you can subscribe to just the book type you like or to the reviewer of your choice. I also need to install a tagging plugin. I’ve been really happy with the flash player […]

Organization in a MetaData World (Part 1)

Jim’s finally found a home for his kind of organization I am a swine. I can say this because my mother regularly told me I was “living in a pig sty.” I have struggled to reform myself. Dayrunner (in the bottom of a dusty box). Elaborate Note-Taking Systems (codes never seemed intuitive enough to stick). A Handspring (I think I left it in a library–we never met again). My biggest victory in my (I kid you not) 15-year quest to feel some sense of organization in my life is a Moleskin. A year ago I forced myself to start carrying one everwhere. It has been a blessing. When I came across a post about hacking a moleskin, I was intrigued. This was my ingress into Getting Things Done (GTD), an organization system created by David Allen. I followed the rabbit and discovered KinklessGTD and The HipsterPDA. Kinkless is intriguing, but that fact that I don’t carry a PDA around would mean trying to compensate with my phone or other awkward hacks. Having already established my moleskin routine, the hipster seemed the more logical choice. I considered DIY Planner’s 3.0 Edition as a mod, but there were so many cards that didn’t fit my life as teacher, technophile, and truthseeker. I became frustrated and did what we all do in our […] 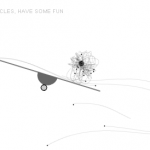 Attractors A fun way to get kids thinking about orbits, gravitational pull on comets, electrons around the nucleus etc. It is also strangely addicting so remember you’ll have to get them off by force. Even if you have no use for it educationally it’s worth playing with. 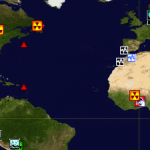 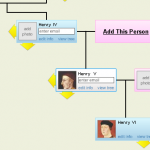 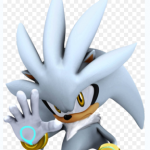